The internet was partially restored in Uganda on Monday almost five days after a near-total blackout was imposed across the East African country ahead of the election that saw President Yoweri Museveni re-elected for a 6th term in office.

A vote that main opposition leader Bob Wine has since denounced as fraudulent.

Lydia Aoko, a local movie shop owner, appears to feel the blackout was not the end of the world. "The coming back of the internet is exciting, but if you go back to the issue of security, it is really not bad switching off the internet in order to keep the people in the country calm," she said.

Kembazi Brenda , a resident of Kampala, is relieved to be connected once again. "I feel good because we have been offline for almost a week, so I feel so good that now we are online and the internet has come back, she expressed.

Christopher Ndawura, a businessman in Uganda, has felt the impact of the blackout. "For the last four to five days, it has been really, very bad. In terms even of communicating with friends, family members, there is a lot, a lot, a lot that we have lost," he shared.

Was the Internet Blackout Strategically Orchestrated?

A government spokesman stated the internet shutdown had been imposed for alleged national security reasons had been lifted and advised internet users to abstain from online hate messages, threats and intimidation

The non-governmental organisation NetBlocks — an internet shutdown tracker, stated that according to their observations, the blackout appears to have been planned in advance. 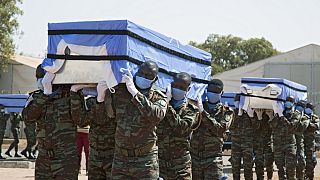 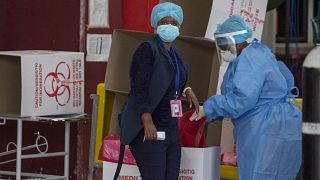