In light of a spike in COVID-19 cases in South Africa which authorities attribute to widespread holiday trips, the country will close the twenty remaining open land border posts with neighbouring countries for general entries and departures until February 15.

In addition, coronavirus vaccines will soon be made available to the South African public.

"While there are several promising negotiations with a number of different manufacturers that still need to be concluded, we have to date secured 20 million doses to be delivered mainly in the first half of the year."

Hospitals at Capacity and Overwhelmed

The new virus strain is making an already dire situation worse — as Gauteng province, the country's most populous, which includes the cities of Johannesburg and Pretoria see hospitals such as The Steve Biko Hospital at capacity and overwhelmed. Some patients are even being treated on fields outside hospital buildings.

David Makhura, Premier of Gauteng Province, explained the gravity of the health crisis.

The nation reports 1.2 million confirmed COVID-19 cases i.e. over 30% of all the cases in Africa whose total numbers exceeded 3 million this week. 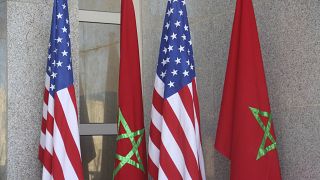