Mai-Mai militiamen attacked the Virunga National Park in the eastern part of the Democratic Republic of Congo on Sunday.

The provision death toll according to local officials is six park rangers killed with one park warden seriously injured and two Mai Mai gunmen also taken down in the clash.

The violent ambush occurred around 9.30 in the morning near the centre of the park between Nyamitwitwi and Nyamilim.

Created in 1925, the Virunga National Park is a UNESCO World Heritage Site which extends over 7,769 km2.

The almost 700 guards who protect this reserve are often the target of attacks - with at least 200 since the park's history already having lost their lives in the line of duty to armed men i.e. Mai-Mai, a generic term for community-based militiamen whose actions range from defending the interests of a group to serious criminal activity.

At the foot of the Nyiragongo volcano, the protected area is a mountain gorilla sanctuary and a huge tourist attraction.

The Congolese jewel has also been the scene of the conflicts of the troubled region of North Kivu where armed groups are vying for control of the riches of the soil and subsoil. 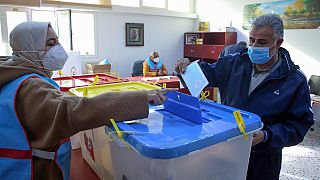