Suspense is as Suspense Does in 2021

Deon Taylor shares his motivation and experience with putting a modern spin on a classic thriller:

"I came from the '80s and '90s, so I love, I love cinema then. I was like, man, I remember sitting on couches watching 'Body Heat' (La fièvre au corps) and 'Fatal Attraction' (Liaison Fatale) and, you know, you're like, 'Damn, this is crazy!' And I just love that. So now, as you put us into 2020 and I have opportunities to make these style of films, obviously I'll put my twist on it because I do live in this world. But I just think they're so cool when you can revisit and tap a little bit of the DNA of what made us so excited about box office in the early '80s and '90s. You know what I mean? And I think this movie does it, and then you got the biggest blow you could possibly get with Hilary Swank. Are you kidding me? You got the 'Million Dollar Baby.' It's like at that point, it's like, OK, all bets are off. This is a winner. And I was just excited to be able to do that genre film with her."

Stars in Line for this Titillating Thriller

Already released across cinemas in the United States on December 18, 'Fatale' will also be available by video on demand in the country from January 18 and is expected to be made available to international audiences this year. 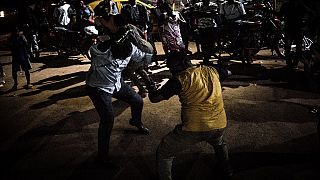