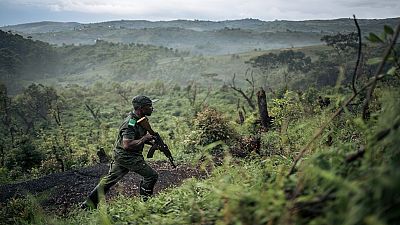 Faced with low pay, little chance of advancement, and dangerous confrontations, the rangers of Kahuzi-Biega National Park have decided to block access to the the staff of nature reserve, to protest against unpaid wages. Tuesday make it the sixth consecutive day.

The Kahuzi-Biega National Park is classified as a UNESCO World Heritage Site in eastern Democratic Republic of Congo.

Other residents were reported to gained access to the barricaded area without being disturbed, and according to a witness a series of warning shots were said to have been heard from December 24 to 28.

The authorities and park officials are called upon to "find an urgent but sustainable solution to this situation that risks escalating" in a region plagued by multiple conflicts, said René Muderwha, president of civil society in Miti, the community where the PNKB HQ is located.

"It is inconceivable to make people work without paying them," he said, adding that "it is their right to claim their wages but it should be done in respect of the standards of para-military personnel" in the DRC.

In Bukavu, about thirty kilometers from the park entrance, PNKB spokesman Hubert Mulongoy told the press;

“The ten months of unpaid salaries "does not only concern the eco-guards, but all the staff of the park of Kahuzi-Biega (...) the troublemakers have already been identified, they will answer for their actions before the military justice."

"We will do everything we can to restore order to this place," said Louis Tshimwang, an army spokesman in the region.

The park's environmental radio station Gorilla FM, which broadcasts from the park's headquarters, has been forced to temporarily stop its programs since December 24.

“Journalists and technicians who were present in the studio, were intimidated with weapons by the protesters, «according to two journalist”

The Kahuzi-Biega Park is an establishment of the Congolese Institute for the Conservation of Nature (ICCN).

This reserve is a sanctuary for the last gorillas of the eastern plains. It extends over 6,000 km2, a large part of which is outside the park's control and serves as a refuge for illegal activities (armed groups, charcoal exploitation, etc.). 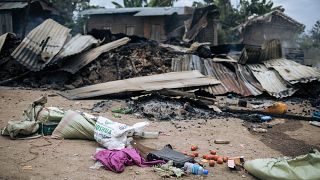