Is a Second Term in the Picture for Touadéra

A look at the President of the Central African Republic Faustin Archangel Touadéra who is seeking a second term in office in the upcoming election.

The President of the Central African Republic Faustin Archangel Touadéra hopes to be re-elected on Sunday for a second term in office. The native of Damara 60km north of Bangui who has enjoyed a reputation as a "hard worker", competent but with a modest and self-effacing personality, has taken on a new warm and approachable disposition with the public since the start of his re-election campaign.

A graduate of the University of Lille in France with a PhD in Yaoundé, Cameroon, this mathematics professor without an electoral base before his surprise election 2016, garnered support by a political party set up from scratch in 2018 only, which has federated some forty movements.

He is described as having a technocratic profile and not being a politician by Hans de Marie Heungoup, a specialist on Central Africa at the International Crisis Group (ICG).

The Former Prime Minister (2008-2013) of the François Bozizé administration, overthrown in 2013, whom he now accuses of leading a rebellion, Touadéra has navigated a country ravaged by civil war with a challenged economy and huge territory under the control of armed groups.

To whom he presented himself as a “man of peace” in order to engage in dialogue and sign an agreement in 2019 in Khartoum integrating warlords into the government.

A controversial move as nearly Nearly two years later, three of the main signatory groups, which still control two-thirds of the country, are trying to march on Bangui to overthrow it, while the others continue to compete for the Central African Republic's mineral wealth by carrying out sporadic attacks on civilians and the army.

According to the 63-year-old president's supporters, Touadéra is not lacking in achievements, largely financed by the international community: reconstruction of the army, education increased from 8% to 14% of budget expenditure, free care for pregnant women and children up to 5 years old, more regular payment of civil servants, etc.

Achievements unrecognised by those who criticise him of being in bed with Russia. 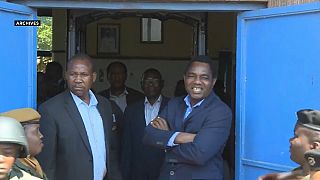 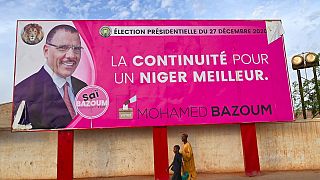