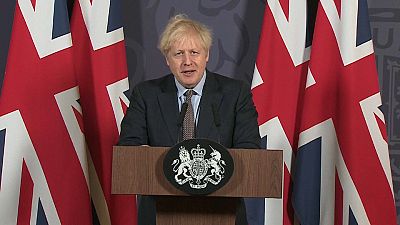 ''We have finally found an agreement. It was a long and winding road, but we have got a good deal to show for it. It is fair, it is a balanced deal, and it is the right and responsible thing to do for both sides. First of all competition in our single market will be fair and remain so. The EU rules and standards will be respected. We have effective tools to react if fair competition is distorted and impacts our trade. Secondly we will continue cooperating with the UK in all areas of mutual interest. For example in the fields of climate change, energy, security and transport'', she said.

''It will drive jobs and prosperity across the whole continent. And I don’t think it will be a bad thing if we in the UK do things differently or take a different approach to legislation because in so many ways our basic goals are the same and in the context of this giant free trade zone that we are jointly creating the stimulus of regulatory competition will I think benefit us both.''

The UK is set to exit EU trading rules next Thursday. That's a year after officially leaving the 27-member nation bloc.