With the security levels deteriorating in the Central African Republic, some external forces have reportedly been deployed in the region to help stem out any possible violence in the upcoming general election.

The government announced Monday that hundreds of Russian and Rwandan armies have been deployed after the recent aggression by three militia groups.

"Russia has sent several hundred men from the regular forces, and heavy equipment" as part of a bilateral cooperation agreement," Ange Maxime Kazagui, spokesperson for the Central African government told AFP, without specifying their exact number or date of arrival.

"The Rwandans have also sent several hundred men who are already on the ground and have already started to fight," added the spokesperson.

Hundreds of troops sent by Russia were drawn from the regular army and accompanied by heavy artillery.

Bangui has labelled recent violence as a coup d’etat.

On Saturday, the authorities accused former president Francois Bozize of plotting a coup after his candidacy was rejected.

Fighting was going on in several towns, including Mbaiki, about 100 km from Bangui on Sunday, according to one security source and two humanitarian sources.

Opposition have called for a postponement of the elections citing hostile grounds that do enable them to campaign.

The government and the electoral commission have maintained that the planned vote will take place on December 27 as initially planned. 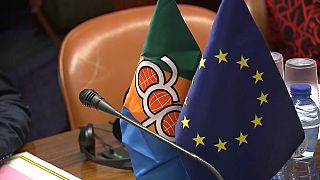 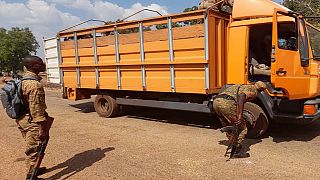