Mangrove forests could be natures answer to climate change

But in Gabon, the rich mangrove forest north of Libreville has been ripped apart for development over the past few years.

The mangrove not only provide important habitat for a variety of wildlife and supply nutrients and sediments for seagrass-bed and coral-reef habitats, but they also pull massive amounts of greenhouse gases from the atmosphere, up to four times as much carbon as other tropical forests, according to a study.

But the trees also provide livelihoods for many in the region.

One family who sells crabmeat told Africanews: "We do sustainable fishing and the destruction of the mangrove would be a shortfall because crabs are becoming increasingly scarce.

"We must go further and further. Sometimes we don't find any. We want to protect the mangrove. The destruction does not necessarily come from us but from other people."

The NGO Citizen Actions for Local Development, which is backed by the European Union, has had enough and denounced an ecological disaster on the coast of Cap-Estérias.

"What is at risk through the destruction of the mangroves in the Idolo area is our environment, our coasts," Paul Kopedina Itanguino, head of Citizen Actions for Local Development, told Africanews.

"These mangroves serve as a water watch for these bad marine weather and in relation to climate change, they play the role of the biofilter. Therefore it is very important."

Another threat facing the coast is property development projects.

"You have real estate speculators who think that in order to have sufficiently high rents you must have either a foothold on the coast or housing estates," said Marc Ona Essangui, who won the Goldman environmental prize and is the founder of the environmental NGO Brainforest and president of Environment Gabon.

"But unfortunately these real estate projects have a considerable impact on marine ecosystems," he said.

Conservationists are calling for the creation of a protected area to preserve the coastline and make it a sanctuary for local wildlife. 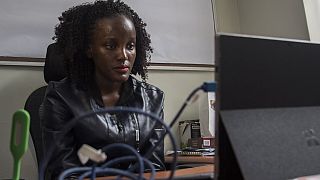 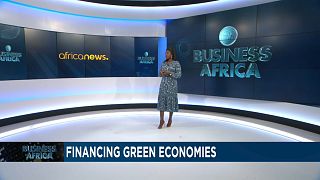