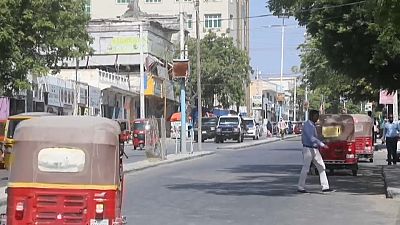 Mogadishu accuses Nairobi of "recurring" interference in its political affairs.

The move comes after Kenya hosted the leadership of Somaliland, a breakaway state not recognised by Mogadishu, following months of tensions between the two neighbours.

But the process could hinder cooperation in the fight against al Shabaab in Somalia as Kenya provides 3,600 troops to an African Union peacekeeping force.

"I am pleased that our federal government of Somalia severed ties with Kenya and I would request President Farmaajo to oust Kenyan troops from Somalia," said Mogadishu resident Abdi Mohamed Gaab.

But another local, Abdihakim Issa Mohamud, said it was a rushed decision.

"Many Somalis live in Kenya, they have businesses and other properties in Nairobi city, so I think the government's decision was a hasty one and that is not good," he said.

Information Minister Osman Abukar Dubbe told reporters that Kenyan diplomats in Mogadishu had been given seven days to leave and that Somalia's envoys were being recalled from Nairobi.

"The Somali government considers the people of Kenya a peace-loving community who want to live in harmony with other societies in the region. But the current leadership of Kenya is working to drive the two sides apart," he said in Mogadishu.

Nairobi has previously said Mogadishu uses Kenya as a scapegoat for its political problems.

Kenyan foreign ministry spokesman Cyrus Oguna said Tuesday that Kenya had been "very kind and accommodating" to some 200,000 Somalis living in refugee camps in Kenya's east.

"We have a lot of commonality between these two countries, and anything that is capable of undermining that, is of course something that efforts must be put in place to ensure it is resolved," he said.

Kenya and Somalia have been in a long-running territorial dispute over a stretch of the Indian Ocean claimed by both nations believed to hold valuable deposits of oil and gas. 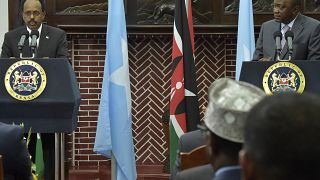 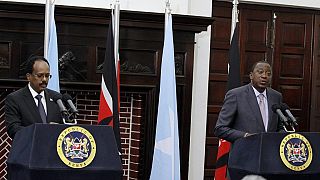 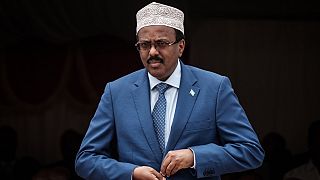