South Africa will face a tough challenge in the 2023 Rugby World Cup.

South Africa, the reigning world champion, was placed in Group B and will face Ireland, Scotland, and a nation from Asia/Pacific and another European nation.

"From a South African point of view, we've got to be on top of our game going into the World Cup, and we've got to make sure that we have a nice squad that's competitive," said Springboks coach Jacques Nienaber.

"I think every pool will be top position, but it's actually alarming to think that either South Africa, Ireland or Scotland won't make it to the knockout stages."

The Springboks won the title in 2019 in Japan in a tough battle against England.

Another African nation will accompany the three-time South African world champions during the World Cup, which will be decided by whoever wins the 2021 Rugby Africa Cup.

"I have no doubt they will organise a superb World Cup," Foster told a press conference.

The sides met in the 1987 and 2011 finals, with the All Blacks winning on both occasions.

And England take on Japan, and Argentina, who beat New Zealand for the first time in their history in November.

The draw was held days after a host of former internationals said they were planning legal action against the sport's authorities over the result of concussion.

The planned legal action targets World Rugby, the Rugby Football Union and the Welsh Rugby Union, for "failure to protect (the claimants) from the risks caused by concussions".

World Rugby vice-chairman Bernard Laporte said the global body was a leading example in the field across sports federations.

"We are a model union in terms of research, innovation and mastering this area," former France coach Laporte said in a press conference.

"A lot of other sports want to do like rugby with our Head Injury Assessment protocol. It's a major subject. The priority is the health and safety of our players."

Due to the coronavirus pandemic, seeding levels for the tournament draw were based on the world rankings on January 1, 2020 instead of after the autumn internationals as originally intended.

Organisers also moved the draw forward to be able to start selling tickets in March next year, before ticket sales for the 2024 Paris Olympics begin in 2022. 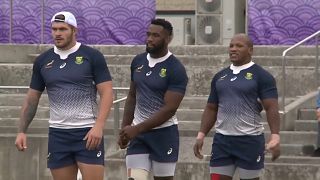 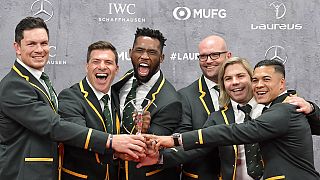 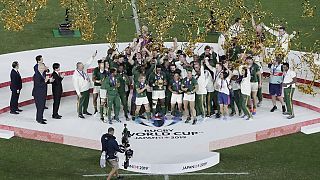