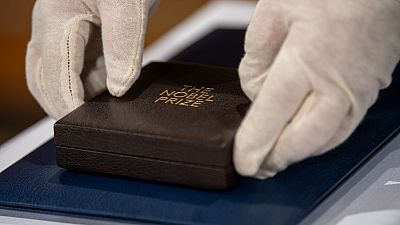 The World Food Programme received its Nobel Peace Prize on Thursday. Because of the global pandemic, the event was without the traditional pomp-filled celebration in the Norwegian capital.

"To the Norwegian Nobel Committee, thank you for this great honor. Also, thank you for acknowledging our work of using food to combat hunger, to mitigating destabilization of nations, to prevent mass migrations, to end conflict and to create stability and peace," Executive Director of the Programme, David Beasley said.

The Norwegian Nobel Committee awarded the Nobel Peace Prize for 2020 to the World Food Programme (WFP) for its efforts to combat hunger, its contribution to better the conditions for peace in conflict-affected areas, and efforts at preventing the use of hunger as a weapon of war and conflict.

In 2019, it provided assistance to close to 100 million people in 88 countries who are victims of acute food insecurity and hunger. In 2015, eradicating hunger was adopted as one of the UN’s Sustainable Development Goals. The WFP is the UN’s primary instrument for achieving this goal. In recent years, the situation has taken a negative turn. In 2019, 135 million people suffered from acute hunger. This is the highest number in many years, which is largely caused by war and armed conflict.