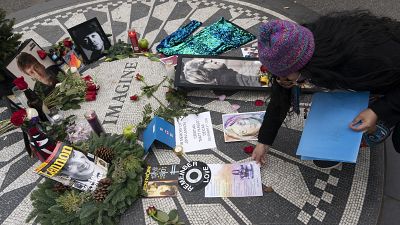 Many Remember Their British Pop Star

Tuesday marked the 40th anniversary of the death of John Lennon — a quarter of the internationally celebrated English band The Beatles, who was fatally shot outside his New York City apartment building on the evening of December 8, 1980, at coincidentally just 40 years old.

His former bandmates Paul McCartney and Ringo Starr, his surviving widow Yoko — as well as other family members, took to social media to post messages in remembrance of the singer-songwriter.

Four friends from Liverpool, England, formed a music group that would become a worldwide phenomenon in the early 1960s, The Beatles.

The rock and roll musical style they adopted had its roots in Black American music and Lennon, in particular, was outspoken on the impact black artists had on the group’s sound and songs.

Music stars like Elvis Presley were never known to publicly admit to the imitation and — in several occasions, the alleged outright stealing of musical styles and songs from black American artists who typically did not have access to the same platforms and production technology. A symptom of a structurally and historically racist and segregated society at the time in the USA.

The Beatles, however, were more open and honest about the musical and artistic influences on their songs — even naming highly innovative and legendary black American talents such as Chuck Berry, Arthur Alexander, and Barrett Strong.

Following the band’s breakup, Lennon sent a handwritten response to a piece published by the New York Times entitled 'So in the End, the Beatles Have Proved False Prophets,' accusing the band, among other things, of making off with black music for their own benefit.

Lennon’s reply read, "We didn’t sing our own songs in the early days — they weren’t good enough. The one thing we always did was to make it known that there were black originals, we loved the music and wanted to spread it in any way we could.”

A sentiment apparently shared by bandmate McCartney who has also admitted, “We were the biggest nickers in town. Plagiarists extraordinaires.”

Nevertheless, both The Beatles and John Lennon were beloved worldwide by many of their fans, who continue to remember him on the anniversary of his passing. 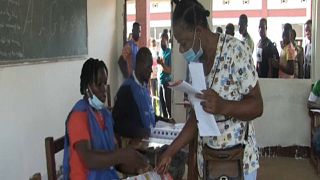