An Important Step for the DRC

Hundreds of supporters of the president of the Democratic Republic of Congo expressed their elation at the announcement of the dissolution of the Cach-FCC coalition (parliamentary group Common Front for Congo) between Tshisekedi and his predecessor Kabila.

This announcement came after the failure of a coalition with supporters of predecessor Joseph Kabila who currently wield a majority in parliament. As last week, the FCC said it still held more than 300 seats in the 500-seat parliament and accused Tshisekedi supporters of trying to bribe deputies to switch parties.

Ma Mado, a supporter of the President’s The Union for Democracy and Social Progress political party (UDPS), shares her excitement, "We have always wanted this divorce from Kabila, and from the FFC. Today, the divorce is consummated, we are all happy."

In his state-owned RTNC televised speech on Sunday, President Felix Tshisekedi also stated his plan to form a new coalition government and warned he might be forced to dissolve parliament and hold fresh elections if he was unable to do so — as he has decided to name an official known as an "informer" who would be "charged with identifying a new coalition that included an absolute majority of National Assembly members."

Michel Patwamona, another supporter of the UDPS; feels confident and optimistic about the state of affairs, "The head of state's speech today just administered the death certificate of the Cach-FCC coalition and could only put life and joy on the faces of Congolese compatriots."

Kabila held power in the DRC for 18 years until he stepped down after long-delayed elections in December 2018.

The former leader still retains considerable clout by way of political allies and officers he appointed to the armed forces - and is also a senator for life.

In the Democratic Republic of Congo's first peaceful transition since the nation’s independence from Belgium in 1960, President Tshisekedi took over from Kabila in January 2019.

However, Tshisekedi’s recent move to implement much-trumpeted reforms was hampered by the need to forge a coalition with the pro-Kabila FCC.

The Congolese president conferred at length with senior members of the armed forces and police to ensure he had their support in the runup to Sunday's well-received announcement. 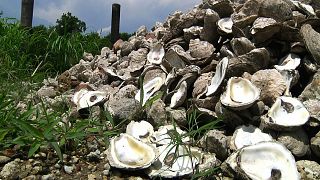