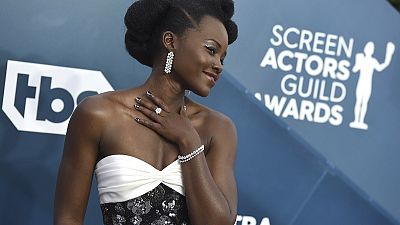 Africa is the Root of Humankind

‘Finding Your Roots’ is a television show on Public Broadcasting Service (PBS) an American public broadcaster and television program distributor. The series is hosted by Dr Henry Louis Gates Jr. and explores the ancestral lineage of the shows’ guests by way of thorough DNA testing and geographic visits to places of birth and sites with cultural ties.

The most recent episode on November 17 revealed a discovery never before seen on the program and confirmed what many scientists have been stating for years, that not only did today’s humankind begin in Africa but that all humankind is born and descended from a black woman i.e an African woman.

The oscar-award winning and internationally accomplished actress, Lupita Nyong’o, who hails directly from Kenya, East Africa and is of the Luo ethnic group, is the only guest to date invited to the show who carries DNA from the oldest maternal haplogroup called Mitochondrial Eve. In other words, her East African DNA reveal her to be a close and direct descendant of the woman that all of humankind is descended from - who happens to be an African woman as we know from scientists findings that no other human beings were alive outside of Africa at that time ….many ions ago.

An African Woman is the Mother of All of Humanity

Otherwise known as Mitochondrial Eve, an East African woman who walked the Earth at an estimated 200,000 years ago to whom all of humanity traces back.

According to the information contained in ‘What DNA Says About Human Ancestry—and Bigotry Part 3, The Myth of Race Village Voice’ by Mark Schoofs, a study was published in the journal Nature In 1987 by a group of genet­icists. Their research consisted of examining the mitochondrial DNA (mtDNA) taken from 147 people who came from all the categorised groups of race as we see them today.

Nuclear DNA is the result of a union (i.e. recombination) between a woman and a man (in the traditional biological assignment of gender at birth).

Mitochondrial DNA or mtDNA, however, is derived almost exclusively from the woman or mother as the egg of a (traditionally) female contains lots of mtDNA while sperm contains just a tiny bit of mitochondria. Hence, mtDNA is matrilineal. Only the mother’s mtDNA survives so a family of only sons can see her mtDNA lineage lost.

From their study, the geneticists concluded that every person on Earth in our day can trace their lineage back to a single common female ancestor and names her Mitochondrial Eve.

To further explain how all of humanity is descended from only one woman, it is useful to note certain theories considered by scientists. There were indeed other African women alive at the time Mitochondrial Eve walked the Earth, but many scientists consider the high likelihood of a catastrophe of some sort — like a comet hitting the planet, reducing the human population to just a few members to repopulate the group. As these sorts of catastrophes are suspected to have taken place at different times throughout ancient history, many experts do not believe the idea to be improbable.

Humanity is Born of a Black Woman

mtDNA markers typically stay relatively unchanged from mother to child. However, tiny mutations to them emerge over hundreds to thousands of generations - creating new mtDNA branches we call haplotypes.

The revelation could be an interesting find of confirmation for many scientists who have touted East Africa as the birthplace of today’s humankind. The Leakey’s findings in the 1950s of an australopithecine skull in Tanzania’s Olduvai Gorge and the more advanced species of it a year afterwards dubbed Homo habilis. Or even later discoveries of the Lucy skeleton or the Australopithecus afarensis in Hadar, in Ethiopia, in 197 by another team of scientists that was proven to date back to 3.2 million years ago.

No other fossil of humanity discovered outside of Africa has been proven to precede these findings.

The notion of race as many of us know it to be today is actually a social construct that came about during the era when Europeans sought to colonise i.e. pillage the African continent and enslave the African people for the economic and political gain of their nations.

Dehumanising the African people by denoting the term "black" while idealising the Europeans as superior by way of the term "white" was a strategic move to leave the rest of the world indifferent to the profound crimes of humanity committed against the Motherland and her people. A white supremacist idealogy that still exists till today in our neocolonial times.

Indeed, the fact that race, as we know it today, is a social construct and not based in science does not take away from the reality of the existence of racism, colourism etc. that all non-white people — especially those who are African and of African descent face, experience and consistently overcome in their every day lies in light of the many global institutions rooted and structured in these unfortunate ideologies.

But perhaps if more people were aware of the genetic closeness we all carry as the one human race — as well as the significant historical and cultural contributions that Africa and Africans have and still contribute to this very same collective human experience, we could start seeing a true post-racial global society reflected in our human experiences. 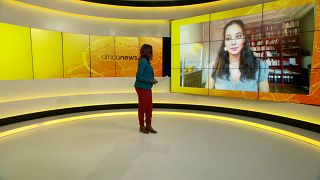