In its October World Economic Outlook report, the International Monetary Fund projected a 6.6% contraction in the UAE’s growth this year.

Recovery, the institute said, was not expected before 2021.

Whilst oil price swings and the coronavirus pandemic have hit hard, the UAE capital Abu Dhabi says it remains committed to its economic growth & diversification plans.

It cited, amongst other factors, Abu Dhabi’s strong fiscal metrics and reduced exposure to tourism, real estate and retail, compared to neighbouring emirates.

The Abu Dhabi Investment Office (ADIO) is the central government hub supporting investment in the emirate of Abu Dhabi.

Its vision is to develop a thriving, knowledge-economy for Abu Dhabi that is competitive and diverse, whilst attracting FDI.

How? The entity cites the UAE’s strategic location between East and West, its high ranking in regional reports relating to the ‘Ease of Doing Business’, plus its positioning on global competitiveness and innovation indexes.

Dr. Tariq Bin Hendi, is an Emirati-American, London-trained economist who hopes to expand Abu Dhabi’s economy as the Director-General and CEO of the Abu Dhabi Investment Office.

The former Emirates NBD executive is interested in cultivating a viable ecosystem for SMEs and startups in the UAE’s capital. 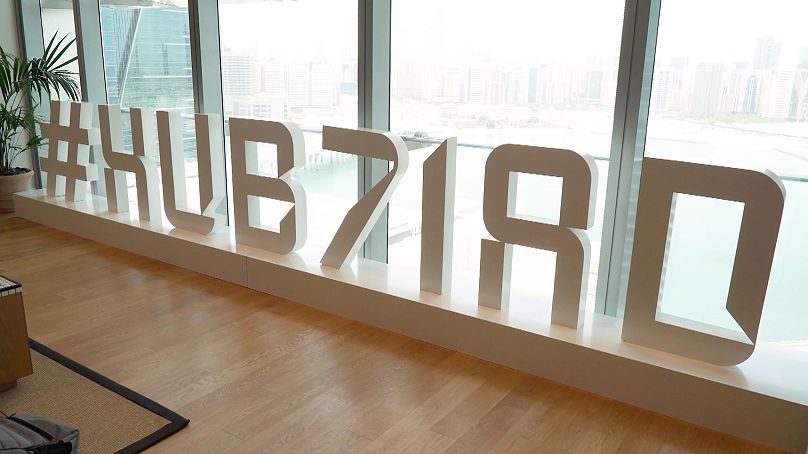 A hashtag sculpture at Hub71’s space

Ghadan 21 is a $13 million accelerator program looking to support SMEs in the country which is overseen by the Abu Dhabi Investment Office.

When Inspire Middle East asked about the impact of Coronavirus on Ghadan 21, Bin Hendi says adaptability is key, with Ghadan 21 being both a proactive and reactive program.

The economist maintains that by adapting policy and with resources such as sovereign wealth funds, support from larger government entities, as well as the private sector, SMEs have the backing support to develop.

The fostering of innovation in the capital has seen the creation of Hub71, an international tech base, which brings together startups, top VC funds, and investors. 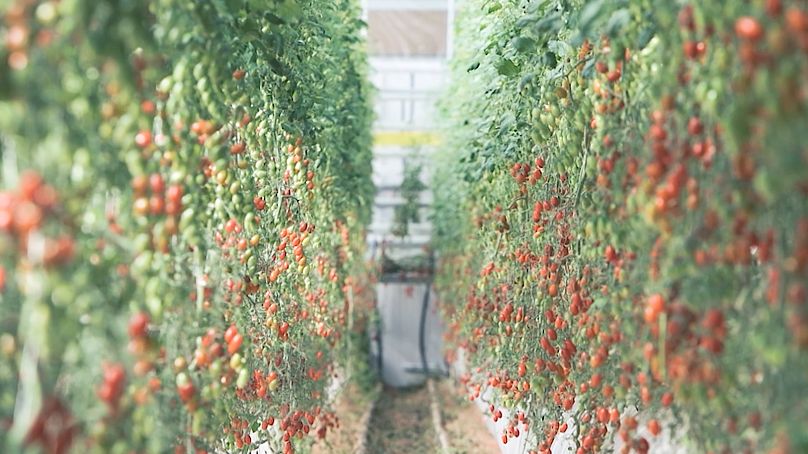 Crops being grown inside hydroponic greenhouses

ADIO has also encouraged innovators to flourish in the Agricultural Technology (AgTech) space, offering incentive programs, including financial incentives, to companies looking to relocate or expand in Abu Dhabi.

Pure Harvest is a farming startup that has reaped the benefit of ADIO’s support & investment.

Using climate-controlled, high-tech, hydroponic greenhouses located outside of the city, the company makes year-round farming possible in the arid desert.

“ADIO’s financial commitment is helping us significantly, as it’s allowing us to add additional technologies to our current deployments here in Al Ain,” Sky Kurtz, the Co-founder and CEO of Pure Harvest told Euronews. “And last but not least, [we can] bring in some pretty key technical hires that we were previously having to contract. Now, we can bring [them] in-house to accelerate our technology development & roadmap.”

“Today what we're seeing with companies is that if they don't adapt technology, they're left behind,” Bin Hendi told Euronews’ Daleen Hassan. “But, if they adopt the wrong type of technology or don't get the support that they require, particularly in the micro and the SME space, then someone needs to be there to support them, So we provide those financial incentives, we provide the access and we provide the growth.”

The general-director is particularly interested in the development of AgriTech in space, with the recent announcement of three companies the ADIO has invested in.

“The first one that's looking at how it is it can develop technologies to help agriculture thrive in space. And this is aligned with the UAE’s Space Initiative. But also, more importantly, we believe that if we can grow crops in space, then the desert should become a very easy terrain for us to manage,” says Bin Hindi.

Bin Hendi highlights that foreign investment is guided towards the growth of Abu Dhabi, creating job opportunities and a proactive relationship between the country and the investor.

“FDI [foreign direct investment] is important to us, but we have financial instruments that we use to help make sure that that FDI is solid and is long term. We have a lot of approaches in various jurisdictions to how it is that we would attract that FDI to Abu Dhabi,” Bin Hendi told Euronews.

ADIO is also focused on building bilateral ties in the near and long-term, which involves opening international offices to support global companies looking to establish and expand their operations in the capital.

With the ADIO soon opening an office in Israel, the economist sees this opportunity as a mutual beneficial relationship, with possible growth opportunities for the two countries.

New resolutions to ease restrictions for foreign investors in the country were issued in March of 2020. Although Bin Hendi recognizes that these decisions were made on a federal level, he would like to expand that policy on more local ground.

“We're looking at how it is that we can make it even simpler using that federal-level change in policy around these over 100 sectors to then drive our respective changes at the local level,” says Bin Hendi. “And you're going to start to see more and more of this come out soon in terms of regulatory changes.”

Hoping these changes sees more engagement in the private sector, Bin Hendi encourages uncertainties to be addressed so as to facilitate collaborative efforts between the public and private sector.

“It's very easy. It'll be a one-stop shop. You have a dollar that you want to invest in Abu Dhabi. We will give you the opportunity and make sure that we help support you through the entire process and the long-term partnership that you will create with us that's ongoing and we hope will continue to grow and thrive.”