The former head of state of Sierra Leone Ernest Bai Koroma was questioned Monday by a commission investigating alleged corruption and embezzlement committed during his presidency, two officials have said on condition of anonymity.

Koroma, 67, was questioned at a secret location after his hearing was cancelled twice for security reasons, a commission member said.

A member of Koroma's office confirmed the hearing without further comment.

Several former Koroma administration officials have already been arrested as part of the fight against corruption and waste of public funds launched by his successor, President Julius Maada Bio, who has promised to recover tens of millions of dollars that have disappeared.

In March, a commission of inquiry concluded that millions of dollars remained unaccounted for after reviewing the accounts of ministries and state-owned enterprises, dating back to Koroma's years in office between 2007 and 2018.

Like Koroma, some 130 prominent figures linked to his regime are banned from leaving the country. 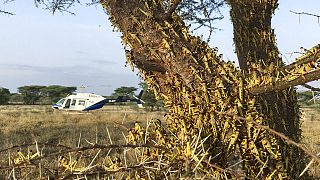