A brief look into the profiles of some of the other lesser-known candidates in the running to be the next Burkinabé Head of State.

Eddie Komboïgo, one of the three favourites in the upcoming presidential election in Burkina Faso, promised Thursday to restore the legacy of ex-president Blaise Compaoré as the candidate of the former ruling party hopes to reclaim power at the voting polls following an intense campaign.

Kadré Desiré Ouédraogo, the former Prime Minister of Compaoré in the late 90s and now president of the Agir ensemble political party claims he is the "future captain of the Burkina Faso ship", and dares the Burkinabé population to choose change, peace, security, good governance and shared prosperity.

Another former Prime Minister, General Yacouba Isaac Zida. In exile in Canada, his supporters submitted his candidacy bid on his behalf. Zida plans to return for the election but fears he will be arrested at the airport.

Monique Yeli Kam. A candidate whose first priority is education which she believes is the only key to sustainable development, her MRB party, has contributed to the training and professional integration of young graduates.

Harouna Kindo, the choice of the Movement of Intellectuals for Development, a party centred on the youth — aiming to both educate and entrust them with power for the future of Burkinabé society.

A second round of votes will hold without an absolute majority win on November 22 — with certain opposition candidates already in agreement to join forces providing added support to reinforce political camps, in the event of this occurrence. 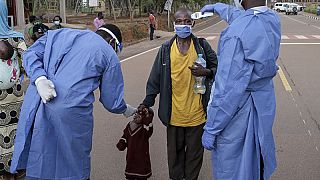