The ruling Chama Cha Mapinduzi party candidate - who according to the electoral body won 84% of the vote while rival Tundu Lissu of the Chadema party received 13%, affirmed his win and announced that he has no intention of seeking a third term.

Magufuli appealed to the nation, "We cast our votes in a peaceful way, we also witnessed Tanzania receive the results in a peaceful way, this has proven to the world that Tanzanians are mature when it comes to elections and democracy, but we have also proven to the world that Tanzanians love peace. Now that the election is over, it is time to go back to work."

Regional experts of Tanzania Elections Watch noted a heavy deployment of military and police whose conduct created a “climate of fear” as others allege election-related fraud and intimidation.

The opposition alleges widespread irregularities including double-voting and ballot box-seizing by security forces or other authorities. Main rival Lissu has rejected the result and called for peaceful protests.

The East African nation is one of Africa’s most populous countries and fastest-growing economies. Magufuli has highlighted the country’s achievement of lower-middle-income status as justification for him deserving a second time.

Some observers believe that Tanzania’s reputation for democratic ideals is crumbling as Magufuli has been accused of severely stifling dissenting voices in his first five-year term.

Opposition political gatherings were banned in 2016, the year after he took office. Media outlets have been targeted. Some candidates were arrested, blocked from campaigning or disqualified ahead of the vote.

There are still concerns about post-election violence. 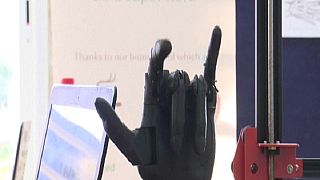