Angola's "Princess" Has Lost Her Husband

Congolese businessman Sindika Dokolo — husband since 2002 to the billionaire Isabel Dos Santos, Africa's richest woman and daughter of the former president of Angola, died Thursday in Dubai from a supposed scuba-diving accident.

His passing comes amid legal turmoil as with the arrival of current Angolan president João Lourenço in 2017, an avid anti-corruption move eventually had the couple see their assets frozen in Angola at the beginning of 2020 by the courts in light of allegations of illicit enrichment and money laundering.

A Couple of Criminals?

The Angolan justice system is talking about the embezzlement of more than a billion dollars from public oil and diamond groups in a country where a third of the population lives below the poverty line.

Sindika Dokolo and Isabel Dos Santos have denied any wrongdoing. But for several years, the couple had been considered in Europe by the banks as "politically exposed personalities," i.e. those at risk of corruption, according to a survey by the Swiss newspaper Le Temps.

"I don't accept that we rich Africans should have to apologise or justify ourselves," Sindika Dokolo defended himself in 2017. He added, "I prefer that the wealth of the continent goes to a corrupt black man rather than a neo-colonialist white man."

Sindika Dokolo was born in 1972 to a businessman father and the first private banker under the long regime of dictator Mobutu Sese Seko (1965-1997). His mother Hanne is Danish and has lived in Kinshasa since 1966, where she still resides today. 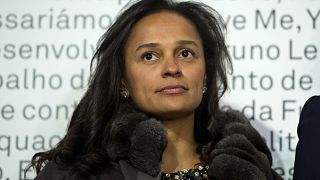 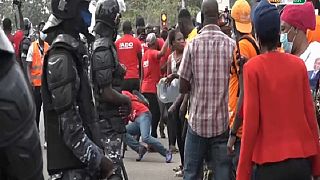