Shopping for high-end apparel & accessories fell out of fashion when the COVID-19 pandemic struck.

Sales of personal luxury goods could drop by up to 35 % this year, says Bain & Co., with the market not recovering to pre-pandemic levels until at least 2022.

After which time, the sector will gradually strengthen again to be worth a potential $386 billion dollars by 2025.

Many in the global industry were quick to adapt, with brands like Chanel and Burberry using their supply chains to produce hospital gowns & masks for frontline health workers.

In the UAE, and marking the first-of-a-kind campaign in the region, The Arab Fashion Council, The Dubai Health Authority and The Dubai Design District created a joint initiative called #AThread4Cause.

The goal of the project is to give back to the local community by supporting designers in producing diffusion lines of protective-wear. 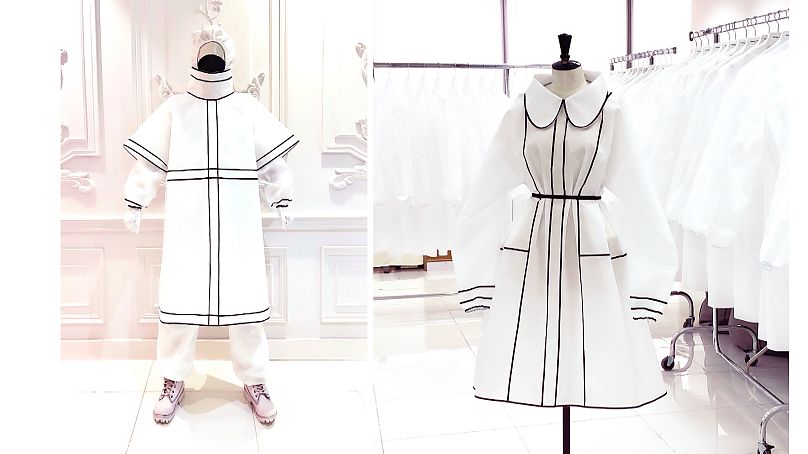 Michael Cinco medical gown designs part of A Thread 4 Cause

Dubai-based Filipino couturier Michael Cinco, along with his workforce of 120, participated in the programme by making 3,000 protective lab coats with a sartorial twist.

“I was thinking, ‘What can I give to the UAE government & community?’, which has been very good in supporting me and giving me the opportunity to run my business for almost 23 years now,” he told Euronews. “So, I immediately said yes when I was approached.”

Cinco has been part of the region’s elite fashion pack since 2003, having carved out a reputation for sparkling, waist-hugging creations which have been worn by the likes of Beyonce, Rhianna, Mariah Carey and numerous regional royals.

During the lockdown period, Cinco created a new collection called, ‘Impalpable Dream of Hope.’ Departing from his traditional, elaborate couture work, Cinco upcycled most of the materials for the line.

“I was inspired to create a collection that will inspire people to dream, to have hope in the future,” he said. “This is the moment that people will fight to survive, and to be alive.”

Restrictions on larger social events, such as weddings, has made Cinco rethink his approach towards his bridal business. Whilst his bespoke wedding gowns had previously sold for six-digit figures, recently, the designer has been especially mindful of people’s challenging economic situations.

His silhouettes have also adapted with the times, going from voluminous constructs to simpler, elegantly pared-down offerings. 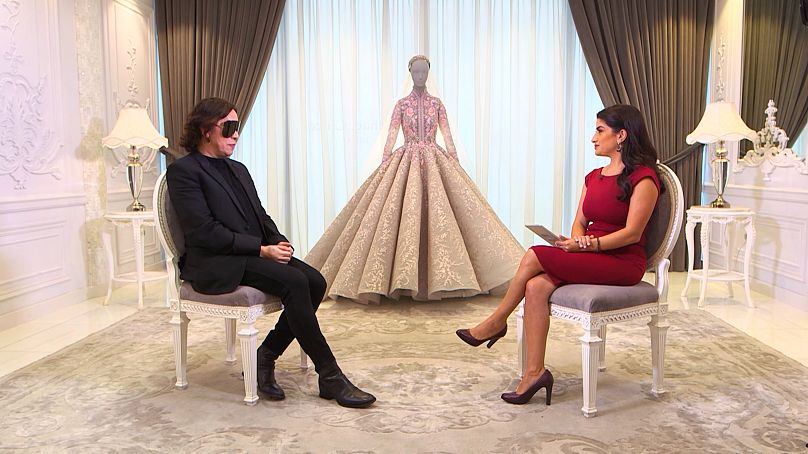 With designers from the Middle East and Asia increasingly coming to the fore, Cinco believes they stand out due to their use of intricate embroidery, generous embellishments and dramatic lines.

“In Europe, they [designers] don't really rely on that kind of ornamentation to create a certain piece,” he said. “And I think fashion is flourishing here in the Middle East and in Asia, because there is a connection between the designers and the consumers. They have a mutual understanding.”

Cinco remains irrepressibly upbeat about the future of the global fashion industry, and maintains that investing in a one-off couture piece is a better long-term financial decision than fast-fashion will ever be.

Egyptian model Sama captioned this shot with the phrase, “In your garden, you’re the creator.”