Former French President Nicolas Sarkozy claimed on Friday his "innocence is again violated" after new charges were issued against him as part of an investigation into the alleged illegal campaign financing from Libya of his successful 2007 presidential bid.

Sarkozy was charged with conspiracy earlier this week.

The latest charge of "membership in a criminal conspiracy" adds to suspected crimes under investigation since 2018, including "passive corruption."

The elder politician stated, "I learned this new indictment with the greatest amazement (...). My innocence is once again flouted by a decision that does not bring back the slightest proof of any illicit financing. I will eventually prove my perfect innocence. I will put all the determination and energy I am capable of. Injustice will not win."

Libya's late dictator is alleged to have ordered the transfer of €50 million to Sarkozy following a meeting between the two men in October 2005.

The investigation was launched in 2012, notably after statements on Euronews by Saif-Ail Islam Gaddafi, the son of the deposed dictator - who told Euronews in an interview in 2011, "First of all, Sarkozy must return the money he accepted from Libya to finance his election campaign. It was us who financed his campaign, and we have the proof. We are ready to reveal everything. The first thing we ask this clown is to give the money back to the Libyan people. "

So far, the judges have not gathered material evidence but rely on accusatory testimony, including that of businessman Ziad Takieddine, also under investigation in this case. Takieddine told Mediapart that he had given five million euros to Nicolas Sarkozy, while he was still Minister of the Interior, and to his chief of staff Claude Guéant,

The suspicions of Lybian financing of Nicolas Sarkozy's campaign are added to other cases that have been poisoning the former French president for several years. He is due to appear next month before the criminal court in Paris in the so-called wiretapping case, a first for a former head of state in France. 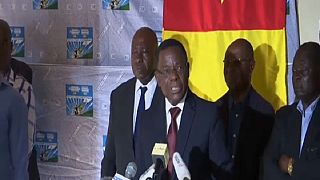 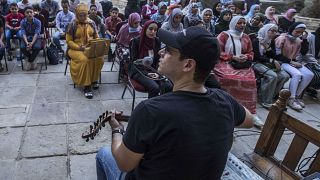