Protests During a Pandemic

Around 400 to 500 demonstrators took to the streets of Algiers on Monday in defiance of a nationwide ban on protests to demand democratic change as they also called for the release of over 60 members of the Hirak anti-government movement that saw president Abdelaziz Bouteflika step down last year.

The weekly demonstrations that followed the event came to a halt earlier this year due to coronavirus prevention restrictions in light of the pandemic.

Mohammed, 37 and a gainfully employed local shared his stance as he marched in protest, "We do not recognise this system in power and this constitution, and if it is passed (ed: a constitutional referendum is to be held at the end of the month), it will plunge us into the abyss, just as the predecessors of those in power plunged us into the abyss: we do not recognise them."

The demonstrators could be heard chanting in unison, "The people want the fall of the regime" and "Yes to a civil state, no to a military state," according to the CNLD and social media.

Another protester, Ali, a 41-year old artist, was impassioned, "I swear that whatever they do, we will not stop until we achieve independence, and I swear that we will continue to fight until this regime falls and the country achieves independence."

The protests resulted in the arrest of over 20 people; according to a prisoners support committee, the CNLD. The event is reminiscent of the coincidental anniversary of the October 1988 demonstrations that had Algeria declare a state of emergency — leaving hundreds of citizens dead but also ushering in political reform that ended a single-party system.

A resurgence of rallies in Algeria is expected with less than a month to go before a key referendum on constitutional reform — a vote the government hopes will meet protesters' demands. 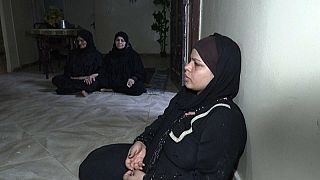 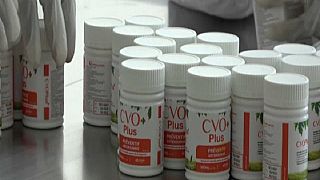