Horrific Images on Social Media
On Monday, the Mozambican government denounced gruesome video footage posted by several human rights activists on social media of what appears to be government troops in army uniform shouting and marching behind a nude woman stripped of her clothing before violently beating her and finally shooting her dead amidst accusatory shouts of, "We killed al-Shabab" — in reference to the jihadist group behind a growing insurgency against the government in the country since 2017.

The Government Under Fire

The videos have sparked international outrage — and comes after Amnesty International alleged that the Mozambican security forces had carried out gross atrocities, citing other videos showing men in army uniforms torturing and murdering suspected militants in the northern Cabo Delgado region, where the insurgency operates and then dumping their bodies in mass graves.

The organisation’s accusations are based on several other leaked videos in May allegedly showing soldiers abusing unarmed captured civilians believed to be linked to al-Shabab.

Adriano Novunga, president of the Centre for Democracy and Development (CDD), shared his thoughts, "An investigation should be launched immediately and ascertain responsibilities and act in accordance with the law because this is a serious crime committed in a service mission and they should be held accountable."

The government refuted the allegations last week, saying the violence was carried out by jihadists impersonating troops and the Mozambican defence ministry condemned these most recent "horrifying" images calling for an investigation to "ascertain their authenticity."

Miquidade was speaking Tuesday after a video was distributed on social media showing people in the uniforms of the Mozambican Armed Defence Force beat and then shoot dead a naked woman. The video sparked outrage and the government said it would investigate.

Interior Minister Amade Miquidade dismissed the videos’ contents on a televised broadcast claiming that the footage may have been filmed by Islamic extremist rebels trying to discredit government forces. He said the "macabre acts'' shown in videos and images circulating on social media are "acts of subversion'' aimed at pitting the Mozambican people against the defence and security forces.

"We want to assure you that we are in an investigative process to identify what is the nucleus, where is the nucleus where these videos are prepared,'' said Miquidade.

Mozambique's extremist insurgency began three years ago in northern Cabo Delgado province, bordering Tanzania in the north and the Indian Ocean to the east and military forces have been struggling to regain control of the region which is home to one of Africa's biggest liquefied natural gas projects.

Militants have launched a series of attacks on villages and towns in the area killing more than 1,500, mainly by the rebels, displacing at least 250,000 and the total number of fatalities stands at 1,854 including combatants on either side, according to the Armed Conflict Location and Event Data Project (ACLED).

The jihadists dramatically stepped up their attacks in 2020 escalating violence as part of a campaign to establish an Islamist caliphate and on August 12 occupied the strategic port city of Mocimboa da Praia and have held it for a month. 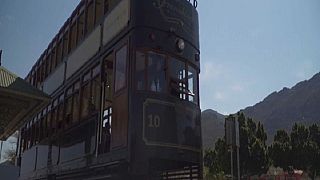 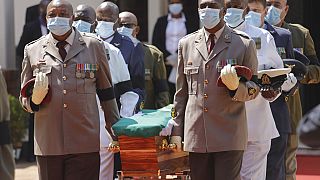