The UAE is changing the way it powers its future growth.

After more than a decade of development & collaboration, the UAE’s peaceful nuclear power ambitions are set to be realized, in the form of the Arab world’s first dedicated plant.

The UAE’s Peaceful Nuclear Energy Program was launched in 2008 and coupled with the country’s transition to a clean energy era, this has resulted in it becoming the first nuclear operating nation in the Arab Peninsula and the 33rdworldwide.

The heart of operations is the Barakah plant, located in the Al Dhafra region of Abu Dhabi.

Where, following tens of reviews by global bodies like the IAEA (The International Atomic Energy Agency) and hundreds of inspections by the UAE’s independent regulator, construction of the final two of the facility’s four units is being completed.

Barakah is one of the largest and most technologically advanced nuclear energy build projects in the world, developed by the Emirates Nuclear Energy Corporation (ENEC) and its key strategic partners including Korea Electric Power Corporation. 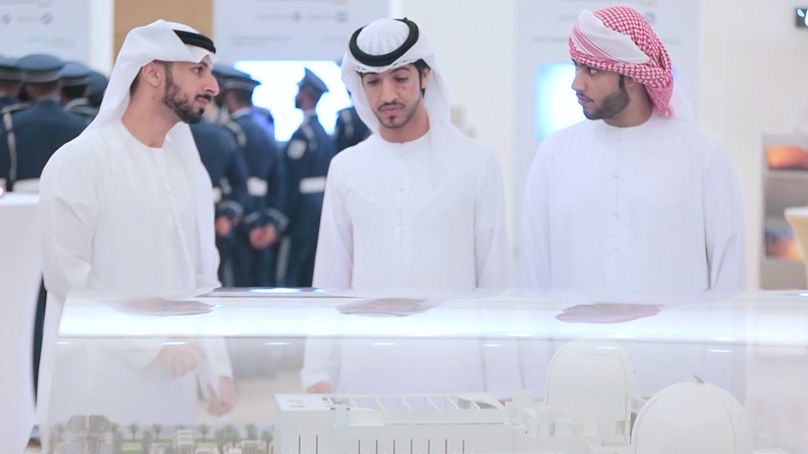 Emirati nationals admire a miniature model of the Barakah plant

With the dawning of a new industrial sector, comes significant job creation, not least for Emirati nationals, who make up about 60% of the 3,000 plus workforce at Barakah. Around fifty other nationalities complete the plant’s headcount.

“What makes the nuclear programme, the nuclear power plant industry, very unique is that it needs a very small pool of resources,” His Excellency Mohamed Al Hammadi, the CEO of Emirates Nuclear Energy Corporation told Inspire Middle East’s Rebecca McLaughlin-Eastham. “So, the number of people who operate and maintain the power plant is very small. Secondly, we’re very proud that around 20 percent of our workforce are women.” 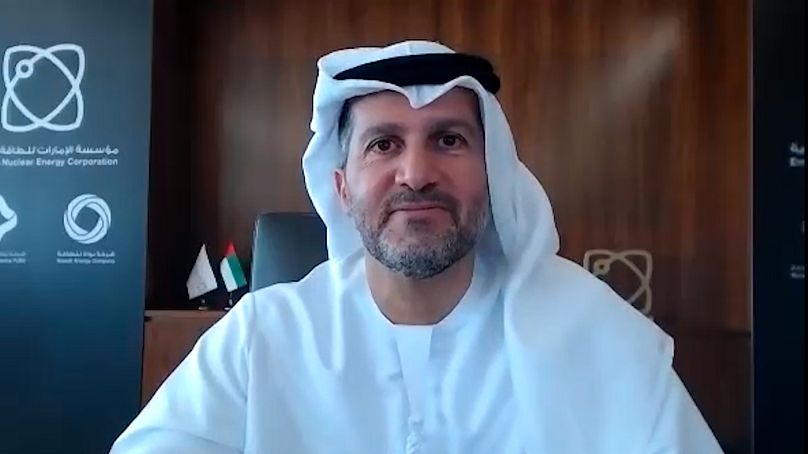 In terms of output, Barakah will meet up to a quarter of the UAE’s electricity demand by producing 5.6 gigawatts of clean electricity. It will also help to slash national carbon emissions.

“Once we have the units operational, they will provide around 20-25% electricity for the nation. That’s a major shift for the country, by comparison from nuclear,” said His Excellency. “Also, it will enable us to avoid emitting CO2 carbon emissions of around 21 million tons annually.

“To put things in perspective for the audience, that’s equivalent of around 3.2 million cars off the road. The UAE has around 3 million cars-plus so, this means that the transportation emissions will be avoided on an annual basis.”

Last month, Unit 1 of the energy plant was successfully connected to the national grid to produce electricity. This is expected to gradually result in the full, commercial operation of Unit 1 later this year.

When asked if the UAE’s nuclear model had the potential to be something of a template for clean energy generation in other regional countries, the power plant’s chief executive had this to say:

“Today, the UAE is therole model for others, as by a testimony by the IEA.

And if any country or nation wants to start looking at civilian nuclear power plants, they’re always guided to look at the UAE model.” 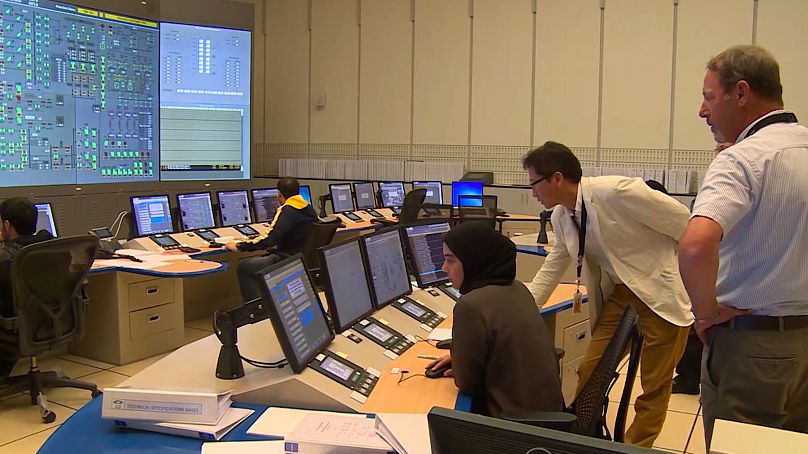 With the COVID-19 pandemic having disrupted global energy & its supply chains, Inspire asked ENEC whether the timeline for the Barakah plant had been in any way delayed or derailed.

“There’s great timing to the question, as we’re in the middle of this crisis, this pandemic today. And the short answer is ‘no impact’,” stated His Excellency.

“We managed thanks to the leadership of the nation & we took a lot of extreme measures in the early days. We took the right decisions to make sure we protected the site from COVID-19.”

ENEC’s CEO also confirmed that the country was still on track in pursuit of its broader decarbonization ambitions and long-term energy policy.

“We’re continuing with our strategy & we will continue sailing through difficult times, tough times. This is the nature of life,” he said. “The UAE is very committed to making sure it has clean, reliable sources of energy. This power plant will operate for the next 60 years, meaning our children and grandchildren will benefit from this new source of energy for the nation.”

I've never thought that one day I will be sharing my knowledge with the younger generation ?#it_feels_great #nuclear_engineer #think_science_fair_2018 #nawah_energy_company