Pascal Affi N'Guessan, 67, once a close associate of former Ivorian President Laurent Gbagbo, officially announced Saturday that he will be a candidate for the presidency in the upcoming October elections in an attempt to close the chapter on the blood-drenched and 2-decade crisis in the country.

"I am a candidate to win and we are going to win because The Rally of Houphouëtists for Democracy and Peace (RHDP), the ruling party) has failed, is exhausted, and forced to call ADO (Ivorian President Alassane Dramane Ouattara) for help," Affi N'Guessan said after an extraordinary congress of a branch of the Ivorian Popular Front (FPI) — where he currently heads a wing.

Since former President Gbagbo's transfer to The International Criminal Court (ICC) in 2011, the FPI has split into two factions. On one side, the "renovators" represented by Affi N'Guessan, who are involved in political life and have taken legal control of the party. On the other side, the old-timers known as the "GOR" ("Gbagbo or nothing"), who have since boycotted the polls in the absence of the former president but still associate themselves with the party.

In the most recent events, politics in Côte d'Ivoire took an unexpected turn when Prime Minister Amadou Gon Coulibaly — who was the ruling party’s candidate, passed away suddenly.

Current Ivorian President, Alassane Ouattara, who has been in power since 2011, postponed his decision to run for a third term to mourn and pay respects to the late prime minister.

This could be Affi N'Guessan's second go-around against Ouattara, losing to him after amassing only 9.29% of the votes in the 2015 presidential elections — which were marked by widespread violence and fraud.

Other candidates in the running this year are Former president, Henri Konan Bédié, nominated in July to run from the Democratic Party of Côte d'Ivoire (PDCI) — the main opposition movement and former foreign minister, Marcel Amon Tanoh, a dissident presidential candidate of the ruling party who declared his run about a week earlier.

Ten years after the post-electoral crisis that left more than 3,000 people dead, the October elections in Cote d’Ivoire promise to be intense. 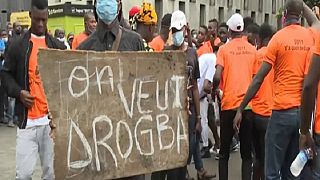 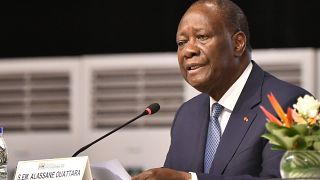