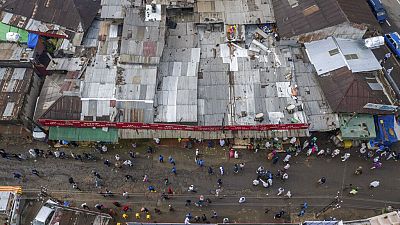 Full internet including data connection has been restored across Ethiopia today according to a number of journalists in the country.

The move comes a week after partial service was reported following a two-week total blackout. “At this hour: Full internet, including data has been restored in Ethiopia after three weeks of suspension,” journalist Samuel Getachew tweeted.

Others are reporting that the full restoration is in the capital Addis Ababa, which was one of the worst hit places in the violence that according to government precipitated the outage as a national security measure.

A top journalist commenting on the shutdown “posted tweets”: that read in part:https://twitter.com/befeqe/status/1286221998704787458 “First off, there is no legal ground for the government in Ethiopia to shut the internet. Threat to national security is usually the presumed excuse but in no way can the violence of this month be near to that level of a threat.

“The other presumption is that internet or social media creates or ignites violence. However, almost all the conflicts in Ethiopia start on ground. Yes, there are people who call for violence online, but so are people who preach peace, report violence, repression, etc.” Befeqadu Hailu averred.

Internet rights and tracking group, NetBlocks; which reportedly extensively on the outage has yet to confirm the cross board restoration of service.

Ethiopia restored internet partially across the country according to internet monitoring group, NetBlocks. As at July 14 – exactly two weeks since the outage – users on fixed lines / wi-fi lines were the first to have service.

“Real-time metrics show that the country remains largely offline as of Wednesday 15 July, with only a rise in fixed-line/wifi lines observed in recent days. Most users remain offline as cellular networks remain cut,” NetBlocks added.

A local journalist confirmed the restoring of service via a tweet on Tuesday: “It is important to note that after two weeks, internet has been partially restored in the Ethiopian capital Addis Ababa.

PM Abiy’s spokeswoman defended the outage last week in an interview with the BBC: “The respect of fundamental rights and dignity of citizens also primarily include the right to live free from harm and in dignity regardless of religion, ethnicity and other protected categories.

“So it is not a blanket (just) shut off to disconnect people but it is also guaranteeing that people who want to live in peace and people’s rights to prosperity needs to be protected and guaranteed and that is what the federal government is here to do,” she said.

Four days since the murder of famed Oromo entertainer Hachalu Hundessa, normalcy is returning to the Ethiopian capital after last few days of deadly protests, bomb blasts and deployment of the army to curb rising violence.

The BBC reports that many businesses and offices in Addis Ababa have reopened as of Friday morning. The city mayor had on Thursday evening addressed the populace urging people to get back to work.

The Africa LIVE page also says public transport has also resumed, amid heavy security presence on the streets. Clashes especially in the capital led to death of ten people with police quoted as saying there were active plans to incite communal violence.

The funeral of Hundessa, was held Thursday in his hometown of Ambo, in the Oromia region amid heavy security presence. Two people died in scuffles with security forces.

His death reignited tensions across Africa’s second most populous nation. Demonstrations resulted in the deaths of 81 people and increased political and communal tensions was only curbed by deployment of the military.

Internet remains blocked for a fourth consecutive day according to Net Blocks, a net rights group monitoring the outage.

“Network data from the NetBlocks internet observatory confirm that internet has been cut across most of Ethiopia from just after 6:00 a.m. UTC (9 a.m. local time) on Tuesday 30 June 2020 amid protests and unrest.

“Real-time data show that the country remains offline as of Friday morning 9:00 a.m. local time,” Netblocks added. The blockade has impacted the release of COVID-19 statistics which prior to July 1 were released on a daily basis.

We are deeply concerned at violent events in Ethiopia this week where a prominent singer and activist from Oromia Region, Hachalu Hundessa, was shot and killed in the capital, Addis Ababa on Monday.

The killing of Hundessa sparked protests across the country, including in the capital and in Oromia Region. While some of the protests were peaceful, a number were violent from the outset. According to information we have received, roads were reported to be blocked in most parts of Oromia Region and buildings vandalised and burnt, while there was gunfire and bomb explosions in Addis Ababa.

The authorities responded to the spread of the protests by shutting down the Internet in Oromia Region, as well as in Addis Ababa, making it extremely difficult to verify reports about the number of people killed and injured. According to the Government, around 50 people were killed, while media sources indicated some 80 people had died, including three members of the security forces.

We note with concern that the protests following Hundessa’s killing have increasingly taken on an ethnic undertone. We therefore call on all, including young people, to stop carrying out ethnically-motivated attacks and to stop inciting to violence, acts that only serve to exacerbate underlying tensions.

We also urge the security forces to exercise restraint when managing protests and to refrain from using unnecessary or disproportionate force.

Thirty-five people were reported to have been arrested by security forces on Tuesday evening during a protest over the location of Hundessa’s funeral. According to the police, the protesters, who wanted the singer to be buried in Addis Ababa, unsuccessfully tried to prevent his body being taken to his hometown of Ambo. His funeral went ahead in Ambo on Thursday.

The shutting down of Internet services is of particular concern as it disproportionately restricts the enjoyment of the right to freedom of expression, including freedom to seek, receive and impart information and risks further exacerbating tensions. We urge the authorities to restore Internet access without further delay.

The authorities have announced that suspects in Hachalu Hundessa’s murder have been arrested. It is essential that there is a prompt, thorough, independent, impartial and transparent investigation into his death to ensure those responsible are held accountable. The victims and their families have the right to justice, the truth and reparations.

We also stand ready to provide support to the Ethiopian Human Rights Commission in its investigation of potential human rights violations during these violent events.

Addis offices of three TV channels accused of instigating ethnic tensions and attacks have been shut even though they continue broadcast from other studios; the three are: Asrat, Oromia Media Network, OMN; and Dimsti Woyane.

State broadcaster EBC also quoted an official of the Federal Attorney General office as confirming that journalist Eskinder Nega was arrested on suspicion of “instigating chaos,” he is accused of dispatching groups of youth with the aim to create chaos.

Jawar is currently an opposition politician with the Oromo Federalist Congress, OFC, whiles Eskinder is leading member of National Movement of Amhara (NaMA) and Balderas for Genuine Democracy.

Meanwhile in the eastern city of Diredawa, where two people were killed in the aftermath of the musician’s killing, the police say they have arrested more than 270 people in connection with the violence, the BBC report added.

July 2: The Chairperson of the African Union Commission appeals for calm in Ethiopia

The Chairperson of the African Union Commission, H.E Moussa Faki Mahamat is monitoring the recent developments in Ethiopia closely, following the killing of the Ethiopian Artist and musician Haacaalu Hundeessaa. The violence has claimed many lives so far with scores of people injured.

The Chairperson wishes to extend his heartfelt condolences to the bereaved families and wishes the injured a speedy recovery.

While the country mourns the loss Hachalu Hundesa, the Chairperson appeals for calm, restraint by all sides and calls on all Ethiopians to refrain from acts that could further escalate the current situation.

The Chairperson calls on the Government of Ethiopia to bring the perpetrators of such heinous act to face justice and encourages all sides to resolve differences through dialogue and peaceful means in order to allow adequate efforts towards preventing and controlling the COVID-19 pandemic.

The Chairperson of the Commission reaffirms its support to the government and people of Ethiopia in their efforts to promote a stable, peaceful and prosperous country