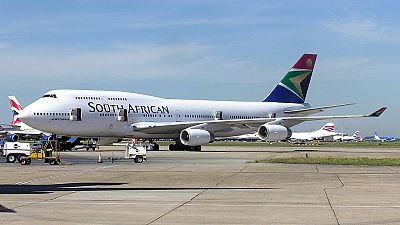 *South Africa’s government has committed to secure funds for the overhaul of struggling state-owned South African Airways (SAA), the public enterprises and finance ministries said in a letter to the airline’s administrators.

The administrators, who took over SAA in December after almost a decade of financial losses, said they needed a letter of support from the government with a funding commitment for their restructuring plan to work.

On Tuesday creditors approved the plan, which requires at least 10 billion rand ($600 million) of new funds, on the understanding the government would find the necessary cash.

In the letter, signed by Public Enterprises Minister Pravin Gordhan and Finance Minister Tito Mboweni, the ministers said they acknowledged the funding requirements set out in the restructuring plan and were committed to mobilising funds for a viable and sustainable national airline.

The commitment was for the airline’s short, medium and long-term requirements, but they did not say where the money would come from.

These would be in addition to more than 16 billion rand the finance ministry set aside in its February budget to repay SAA’s guaranteed debt and debt-service costs.

The plan envisages scaling back the airline’s fleet and shedding jobs before gradually ramping up operations as the disruption caused by COVID-19 eases.

The public enterprises ministry has previously said that it is talking to private investors and potential partners for SAA, in order to alleviate pressure on strained public finances.