Dubai-based serial entrepreneur, Joy Ajlouny, is a self-proclaimed ‘bull in a china shop’.

She’s been described as a ‘grenade’ in her field, and by never taking no for an answer she believes she’s, ‘gamified rejection’.

Born in California to Palestinian parents, the investor & advisor has carved out a reputation for successful startups & business ventures worldwide.

She shared with Inspire Middle East, her top tips for young entrepreneurs looking to raise capital.

“You’ve got literally the first two minutes to get your value proposition across, to make the investors understand what it is you have that’s exciting,” she told Rebecca McLaughlin-Eastham. “Pitching is everything and in the beginning you’re not profitable, so you have to sell your team and you have to sell the idea. They have to believe in you.”

Ajlouny is the co-founder of Fetchr, the Silicon Valley-backed tech company which disrupted the delivery-courier sector in the Middle East region, by eliminating the need for a physical address.

The business, which now operates in five countries with more than 4,500 staff, was titled ‘Number 1. Startup in the Middle East’ by Forbes. 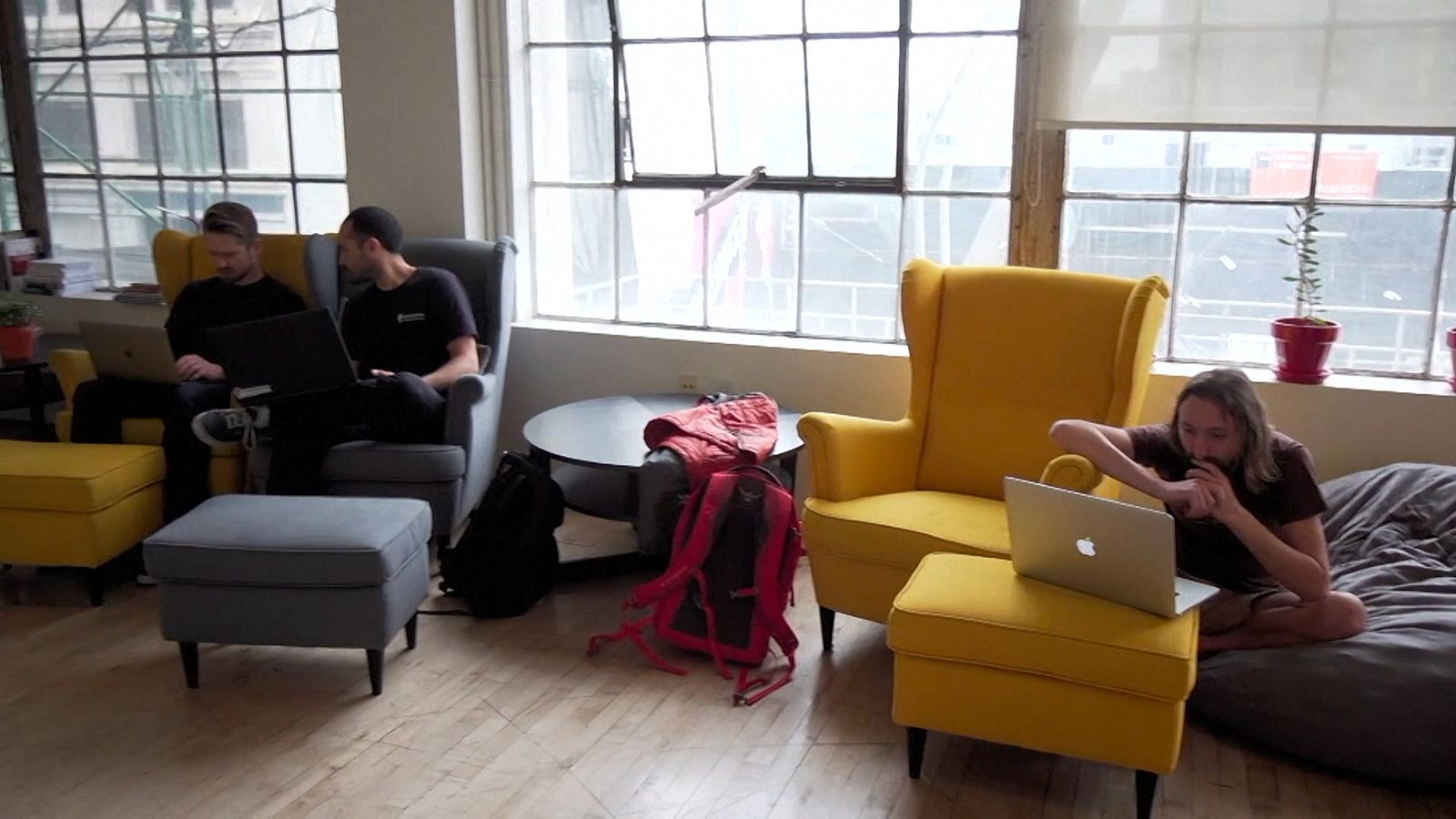 According to Startup Genome, the US-based startup policy advisors, the global startup economy creates an estimated $3 trillion in value.

Seven of the top 10 companies operate within the tech space, and the report states that more than 70% of global startups saw their revenue drop since the start of the pandemic.

The Middle East’s startup scene is rapidly developing, but like the rest of the world, it’s reeling from the COVID-19 crisis.

That’s not to say there isn’t hope, with SG’s report referencing that approximately 50 tech unicorns were founded between 2007 and 2009.

Startups are a key driver of wealth and job creation, and Middle Eastern cities like Abu Dhabi and Dubai made the top 100 of Startup Genome’s Emerging Ecosystem Rankings.

The UAE is where Ajlouny calls home, and she’s especially inspired by what she’s sees taking shape in the capital, namely the global tech ecosystem Hub71.

“I say this with a lot of pride, what the government of Abu Dhabi – and basically the Abu Dhabi Investment Office – what they’re doing, it’s spectacular,” she says. “They’re building an infrastructure to invest in startups, and not just startups, but venture capital. They understand that startups are the future and the future has to be investing in tech, in bright ideas and the youth.”

When comparing the business models of Silicon Valley in the United States and MENA’s tech startup hubs, Ajlouny is encouraged by the region’s ‘blank canvas’ potential.

“In this part of the world, what’s exciting is that there’s so much that needs disruption,” she told Inspire. “There’s huge population here that needs disruption in…FinTech, EdTech, HealthTech. I think the good news is that policy here can be done overnight. So, there’s an opportunity here for real change, real fast, because it’s not being tied in to bureaucracy.” 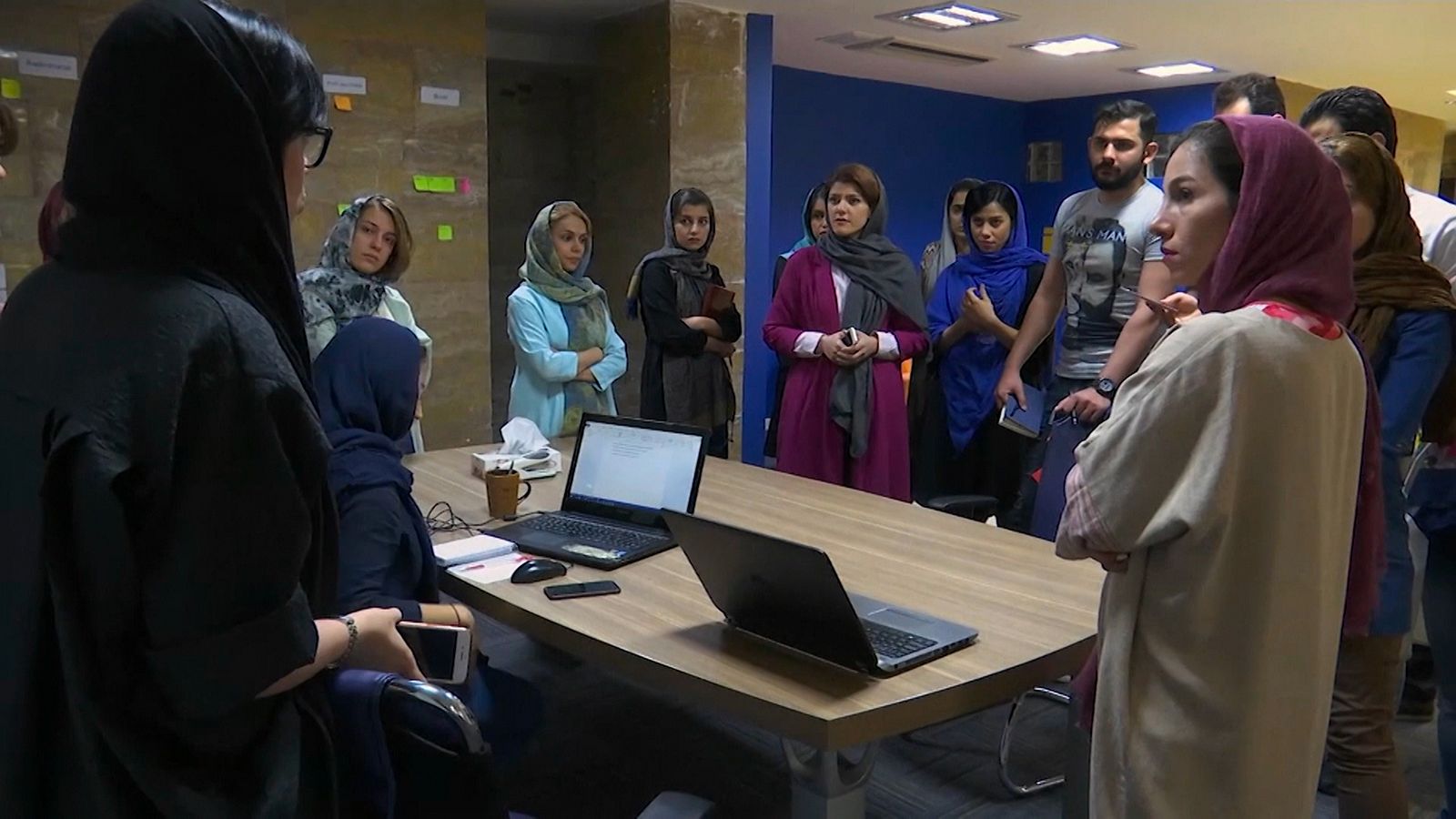 A company gathers for a meeting

It’s estimated that less than 3% of global venture capital is raised by women.

The tech space, says Ajlouny, has also been traditionally been dominated by men. Adding that whilst a gender rebalance is occurring in the sector, its emergence has been slow.

As a passionate supporter of women positively disrupting the conventional world of work, Ajlouny hopes that the next generation of MENA startups, will be not only be pitching, but also playing in a billion-dollar tech league.

“The ones that do get funding, and it is a known fact – and I say this with pride – that the returns for women venture capitalist’s are higher,” she says. “And the returns on women founders, have been hitting it out of the ball park with billion-dollar companies.”

Swiss consultant Sarah believes women can cut their own path and “create their own legacy.”

HOW DO I CONTINUE SHOWING UP IN MY BUSINESS WHILE NAVIGATING THESE TIMES? ⠀ How do I move forward in my business right now? What will people think of me? Is it selfish of me to continue working in my business and selling at this time? etc. etc. ⠀ Uhm who else is thinking this too? ⠀ I chatted with some of my clients who do not know how to continue working in their business with everything happening. They have actively started educating themselves, showing up to dismantle racism within + without and they want to do better not just now but as they move forward. ⠀ But they also run businesses. And they need to continue showing up as the heart leaders, CEOs of their businesses. ⠀ All of these are valid questions, that I’ve asked myself too. Are you wondering the same? ⠀ I feel and believe that this is a movement and it requires us to be in it for the long run (as mentioned in my last post) AND the world needs more women empowered in their businesses, finances and in all ways because that’s how we get things movin’ & create change ? ⠀ No one f*cking wins when women play small. No one benefits when we hide. In fact we would probably not have gotten to this point if more women ran the show! ?✊ ⠀ So please, continue to show up WHILE you continue to do the inner shadow work and take the actions that you feel you need to take right now and beyonddd. ⠀ But don’t play small, don’t hide, don’t dim your light any longer! The world still needs you to shine your heart. ⠀ Show up in your business. From your heart. Take aligned actions, build your empire, grow your income and your impact – that’s what is needed now and always: empowered women, empowering women everywhere! ⠀ And if you feel stuck in your business and are ready to up-level your income & impact, schedule a FREE 30 min intuitive business strategy call with me (link in my bio or DM me for more info) and let’s get things moving! ✨❤️