World Cup: Meet the street marshals warmig up the crowds 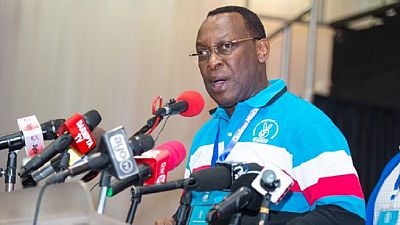 <p>Tanzania’s main opposition leader was attacked by unidentified assailants as he entered his home late at night, officials with his party said Tuesday, just months ahead of a general election and as opposition figures face alleged harassment.</p> <p>Freeman Mbowe, the leader of the opposition in parliament and chairman of the Chadema party, was rushed to a health center for treatment after he was attacked overnight in Dodoma, the administrative capital, Dodoma Regional Police Commander Gilles Murotto told reporters.</p> <p>“Mbowe has a fracture on his right leg and according to the doctors his condition has stabilized,” Murotto said, adding that the attack is under investigation.</p> <p>A climate of fear has grown in the East African nation, rights groups and critics say, as President John Magufuli seeks a second term in the October election that shows no sign of being delayed despite the coronavirus pandemic.</p> <p>Critics accuse Magufuli’s administration of curtailing freedom of assembly. Since 2016, opposition rallies across the country have been banned.</p> <p>Earlier this year Mbowe and eight others were sentenced to serve a five-month jail term or pay fines for charges including conspiracy to commit offences, unlawful assembly, sedition and incitement.</p> <p>Chadema secretary-general John Mnyika said the attack was reminiscent of one in 2017 when former opposition legislator Tundu Lissu was shot by unknown gunmen at his home in Dodoma. Lissu was rushed to a Nairobi hospital before being transferred to Belgium for further treatment.</p> <p>To date, no one has been arrested. Lissu has said he will challenge Magufuli for the presidency in October. Mbowe has not announced any such plans.</p> <p><strong><em>AP</em></strong></p>