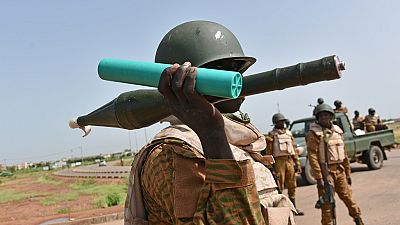 Eight suspected terrorists were killed and 38 captured in a joint operation by forces from Burkina Faso and the Ivory Coast near the countries’ border.

Twenty-four men caught in Burkina Faso and 14 in Ivory Coast were handed to intelligence services, a source at Ivorian army headquarters said.

A “terrorist base” was destroyed at Alidougou in Burkina Faso, the source said.

Operation “Comoe”, named after a river that flows through the two countries, was launched in early May, the source said.

He praised the “perfect co-ordination between the two armies”.

This joint operation, described on Saturday by the armies’ commanders as the first of its kind, took place north-east of the Ivorian town of Ferkessedougou and south of Banfora in Burkina Faso.

On Saturday, a source from Burkina Faso security said the entire operation had been carried out in Ivory Coast.

Locals said the fighting took place around the villages of Tinadalla and Diambeh, in the north-east of Ivory Coast, and that there was a considerable military presence.

A villager from Tindalla said strangers had been in the zone for more than a month, coming and going across the border with Burkina Faso.

The Ivorian army source said on Sunday that “no terrorist base exists on Ivorian territory that may have served as a zone of refuge during previous offensives” by the Burkina Faso army.

A Burkina Faso military source said that one of its soldiers had been wounded and taken to hospital in Korhogo, in northern Ivory Coast.

The presence of militants to the north of Ivory Coast’s Comoe national park was detected more than a year ago.

Security sources say they are extremists operating in Burkina Faso and sheltering in the neighbouring country.

Terrorist violence in Burkina Faso has claimed nearly 900 lives since 2015.