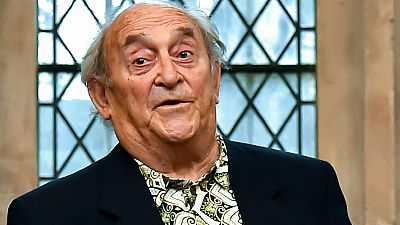 <p><strong>South African anti-apartheid activist Denis Goldberg has died at his home near Cape Town, aged 87.</strong></p> <p>Goldberg was a prominent member of the ruling African National Congress and stood trial alongside Nelson Mandela. He spent 22 years in prison for his involvement with the ANC’s fight against apartheid, the racist system of oppression imposed by the white minority government.</p> <p>When his fellow accused were sent to Robben Island, as a white prisoner Goldberg was separated from them and imprisoned in the capital, Pretoria.</p> <p>Goldberg’s niece, Joy Noero, said the liberation stalwart died peacefully Wednesday after having lung cancer and diabetes.</p> <p>Goldberg had continued his activism in post-apartheid South Africa and was a critic of former president Jacob Zuma, who stepped down in 2018 and faces multiple allegations of corruption.</p> <p>Goldberg was a critic of the ANC’s performance in government and the socio-economic conditions of the largely black poor majority in South Africa, one of the world’s’ most unequal countries.</p> <p>Tributes poured in Thursday for Goldberg, with many acknowledging the role he played in the fight against apartheid.</p> <p>“His commitment to ethical leadership was unflinching and even during his advanced age he formed part of the movement of veterans of the struggle calling for reassertion of moral center of society,” President Cyril Ramaphosa said. “We will hold him in our thoughts and prayers as we say farewell at a time when we are not allowed to gather in numbers to say our goodbyes.”</p> <p>“He was a member of a generation of leadership which shaped the country’s history in profound ways,” said Nelson Mandela Foundation chief executive Sello Hatang.</p> <p>The <span class="caps">ANC</span> also paid tribute to Goldberg, saying “his was a life well-lived in the struggle for freedom in SA. We will miss him.”</p> <p>After his release from prison in 1985, Goldberg and his family moved to London,. Among other work, they became involved with the Woodcraft Folk, an organization for children and young people that Goldberg felt shared his radical values. He served as the group’s honorary president, noting in his autobiography that its members took his family “under their wing.”</p> <p>Goldberg was notable for “the sheer humility of a man who shunned fame but was one of the best orators I’ve ever heard when on the world stage,” former Woodcraft Folk chair of council Jess Cawley told the AP. “Always with a word of encouragement and the discipline of a true comrade ready to make a huge sacrifice for the cause of his beloved country. It was an honor to know him.”</p> <p>Goldberg returned to South Africa in 2002.</p> <p><strong>AP</strong></p>

His commitment to ethical leadership was unflinching and even during his advanced age he formed part of the movement of veterans of the struggle calling for reassertion of moral center of society. We will hold him in our thoughts and prayers as we say farewell at a time when we are not allowed to gather in numbers to s