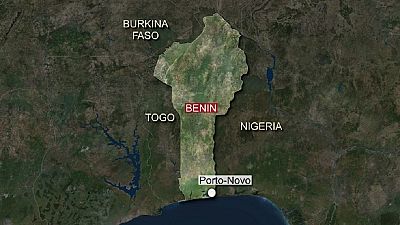 A Greek-flagged chemical tanker with a crew of 22 has been attacked by pirates in the Gulf of Guinea off western Africa, the ship’s management company said Thursday.

There were no immediate reports of injuries.

A spokeswoman for Minerva Marine said the Minerva Virgo was boarded some 45 miles (72 kilometers) off the coast of Benin on Thursday on its way from The Netherlands to Lagos, Nigeria.

She said most of the crew — including six Greeks — were able to take refuge under standard safety procedures in a safe part of the vessel that, once secured, is inaccessible from the outside.

Greek merchant marine authorities said it appeared that one seaman who didn’t make it in time was captured by the attackers, but that was still under investigation.

The Minerva Marine spokeswoman said the company was in contact with officials on shore seeking a vessel to approach the Minerva Virgo and pursue the pirates.