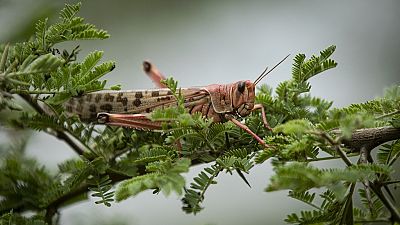 <p>The United Nations has expressed deep concern over the swarms of locusts that have invaded East Africa, saying there is a risk of a catastrophe.</p> <p>UN Under-Secretary-General for Humanitarian Affairs Mark Lowcock on Monday said that a region where 12 million people already face severe food insecurity cannot afford another jolt.</p> <p>Stating that he had recently released $10 million in emergency funds for the disaster, the UN official warned that “if a rapid response” does not occur, the international community will face a huge problem later in the year.</p> <p>The UN has asked for $76 million in immediate aid. So far just under $20 million has been received. The infestation in Kenya is the worst in 70 years, while Somalia and Ethiopia are experiencing their worst outbreaks in 25 years, putting crop production, food security and millions of lives at risk. </p> <p>The Swarms reportedly crossed into Uganda on Sunday. Tanzania and South Sudan are now “on the UN watch list.” </p> <p>If the phenomenon were to worsen, it would fall under the category of an “invasion.” There have only been six locust “invasions” in the 20th century, the last of which occurred in 1987 to 1989.</p>