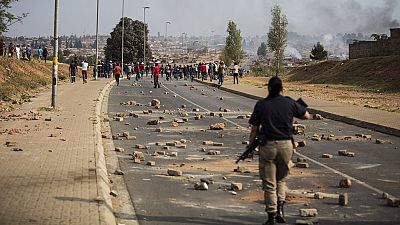 <p>Men armed with rifles and machetes attacked a police station in Benin near the border with troubled Burkina Faso, raising fears that extremist violence could be encroaching even further south, officials said.</p> <p>One policeman was killed and another wounded in the attack in the village of Mekrou-Djimdjim at dawn on Sunday and the gunmen then set fire to the building, according to a statement by a police spokesman.</p> <p>The attack took place near one of the wildlife areas known as W National Park straddling the borders of northern Benin, Burkina Faso and Niger. In the Pendjari National Park further west, two French tourists were kidnapped last May and their guide was killed.</p> <p>Observers have expressed growing fears that Islamic extremist groups could be extending their reach further south.</p> <p>Terrorists grabbed hold of the major towns in northern Mali in 2012, only to be dispersed by a French-led military intervention the following year. </p> <p>Since 2015, neighboring Burkina Faso has been beset by jihadist attacks and now there are concerns about the northern regions of Benin, Togo, Ghana and Ivory Coast becoming the next front.</p> <p><strong><em>AP</em></strong></p>