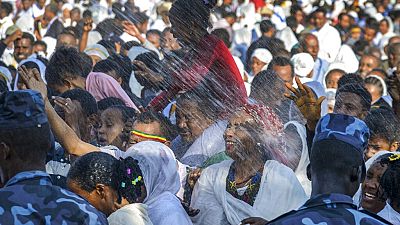 Regional officials in Ethiopia on Tuesday confirmed 10 deaths and 250 people injured after a wooden platform collapsed during a religious event the day before.

Thousands of people attended the colorful Epiphany celebration known as Timkat in the northern city of Gondar.

The collapse occurred inside the Emperor Fasilides Bath in the city where several thousand Ethiopians and tourists attended the celebration commemorating the baptism of Jesus.