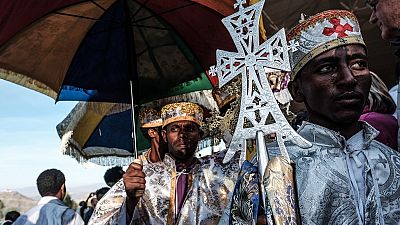 Ethiopia’s prime minister Abiy Ahmed on Monday wished all Orthodox Christians in the country a ‘Merry Christmas’, urging them to celebrate the day by ‘eliminating separation and divisions’.

Several other countries including Egypt, Eritrea, Sudan and across the world celebrate the Orthodox Christmas, commemorating the birth of Jesus Christ.

‘‘Diverse communities, thoughts, religions, cultures, histories, languages and knowledge have made Ethiopia their common abode,’‘ Abiy said in a message whose theme was unity.

‘‘There are always those like Herod who would try to destroy Ethiopia’s unity and attempt to build enmity.’‘

Abiy, who took office in April 2018 has championed several reforms in the social, economic, political and diplomatic sphere, earning the 2019 Nobel Peace Prize for his efforts.

Ethnic tensions that have displaced millions of million are however a huge threat to his reforms.

Team #AddisStandard wishes all Ethiopians who are celebrating the Orthodox Christmas tomorrow to have happy holidays!

This is the nativity scene of Ethiopian Orthodox Christmas. To all orthodox celebrating Christmas all around the world #Happyholiday#OrthodoxChristmas#gena pic.twitter.com/qybqnZT1YX