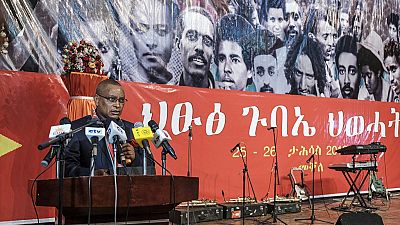 The Tigray bloc of Ethiopia’s ruling coalition on Monday announced it would ‘legally separate’ and instead work with parties that share its ideologies.

The resolution by Tigray Peoples Liberation Front (TPLF) was reached after a two-day emergency meeting held in the region’s capital Mekelle.

TPLF said its relations with the federal government should be based on the rule of law, adding that it expects division of assets from the Ethiopian Peoples Revolutionary Democratic Front, EPRDF, according to local news outlet Addis Standard said

The meeting which brought together party leaders, members and community leaders had been called to discuss the recent merger of the ruling coalition parties into a super party.

TPLF opposed the merger to form the Prosperity Party, which was championed by reformist prime minister, Abiy Ahmed.

While Abiy favours a nationalistic approach to Ethiopian politics and development, his reforms have faced fierce criticism from proponents of the federal system in Tigray and Oromo.

Last week, three political parties in the Oromo region announced a coalition with a federalist agenda.

Ethiopia has 11 ethnic-based regional states including the recently created Sidama. The governing parties in the Oromo, Amhara and the Southern Nations, Nationalities, and Peoples regions all endorsed the merger of the ruling coalition.