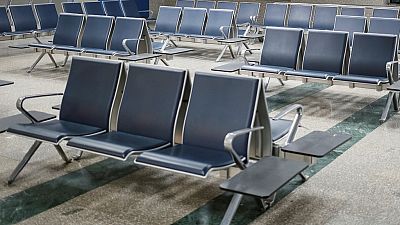 Several African countries, and the African Union itself have prioritised infrastructure development as a means of integrating the continent and connecting people to markets, with an objective of lifting millions out of poverty.

In this article, we will report the latest infrastructure projects in different nations, in addition to profiling mega projects undertaken by ambitious African governments.

Tanzania in December 2019 secured a $272 million loan from the African Development Bank (AfDB) to build a new international airport at its administrative capital Dodoma.

The airport will be built in Msalato, 12 km (7 miles) from Dodoma and will take four years to build, the Abidjan-based lender said in a statement.

The airport will have a capacity to handle 1 million passengers annually, though the city has a population of just over 2 million people, AfDB said.

In October, the government said it had finished moving all its administrative functions to Dodoma from the commercial capital Dar es Salaam.

Tanzania’s President John Magufuli, nicknamed “The Bulldozer” for the way he pushes through projects, promised when he was elected in 2015 to reform Tanzania’s economy, which investors and opposition politicians say is held back by red tape and corruption, and said he would start a programme to develop public infrastructure.

The new airport and a high-speed railway already under construction would increase development in Tanzania’s countryside, Amadou Oumarou, director of AfDB’s Infrastructure and Urban Development Department.

As of November, its lending portfolio to Tanzania stood at $2.1 billion, with just over half of it going to transport projects, according to AfDB data.

Tanzania is not alone in the region in pumping resources to improve its air transport network.

Rwanda said in early December that Qatar Airways had agreed to take a 60% stake in a new $1.3 billion international airport.

The plans for the new airport are a modification of those drawn up in 2017 for a smaller facility with a maximum capacity of 4.5 million passengers a year in the same location.

Company and government officials said at the time that Rwanda had signed a deal with the African division of Portuguese construction firm Mota-Engil to build an international airport at a cost of $818 million.

The country’s infrastructure minister Claver Gatete said the investment from Qatar Airways would enable it to build the larger airport.

Gatete said there was also a possibility that Qatar Airways would help state-run carrier RwandAir to expand, but gave no more details.