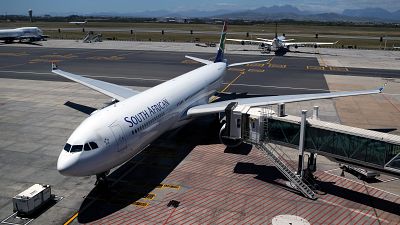 Two big travel insurance companies in South Africa have stopped covering tickets issued by South African Airways, as doubts grow over the survival of the airline.

While the move is unlikely to push SAA into liquidation by itself, it will hurt ticket sales and exacerbate a cash crunch that left the airline unable to pay salaries on time this month, analysts said.

SAA has not made a profit since 2011 and has been struggling with an unprofitable network, inefficient planes and a bloated workforce, despite bailouts of more than 20 billion rand ($1.4 billion) over the past three years.

Its financial position worsened dramatically after Nov. 15, when two of its largest unions began an eight-day strike over pay that forced SAA to cancel hundreds of flights.

Banks want additional guarantees from the state before they lend SAA more money but Finance Minister Tito Mboweni has refused, leaving the airline’s finances on a knife edge.

President Cyril Ramaphosa has stayed out of the tussle so far but the longer Mboweni refuses to sign off on guarantees, the more likely it is that SAA will shut down – an outcome an SAA board member said last week was a possibility.

The company that administers Hollard Travel Insurance told Reuters on Friday it had also excluded SAA from its travel supplier insolvency coverage, citing the airline’s finances.

Bryte Insurance’s head of travel Anrieth Symon said on Friday it had reversed its position on SAA and would cover its flights against insolvency.

SAA spokesman Tlali Tlali declined to comment when called by Reuters on Friday and did not respond to emailed questions.

Neither Mboweni’s spokeswoman nor Gordhan’s spokesman answered their phones when called by Reuters news agency.