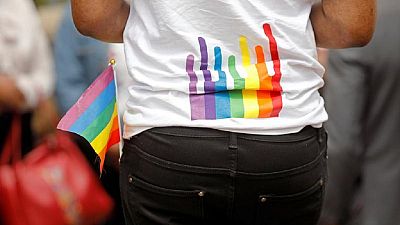 Sixty-seven people arrested at a gay-friendly bar in Uganda were charged with “common nuisance” Tuesday in what activists called the latest attack on the LGBT community.

They face a maximum sentence of a year, lawyer Patricia Kimera said. She described the charges as “petty,” adding that “we are campaigning to decriminalize such charges because they give the arresting officers room to abuse people’s rights.”

All were remanded to prison without bail and will be back in court later this month.

A human rights lawyer, Nicholas Opiyo, said police released 50 other people after Sunday’s raid on the bar in the capital, Kampala. He called the bar popular with the LGBT community as a place where they won’t be judged.

Homosexuals face discrimination in many parts of sub-Saharan Africa. Uganda punishes sex acts “against the order of nature” with up to life in prison.