From humble beginnings, Emirati billionaire Khalaf Al Habtoor founded his eponymous company in 1970 and grew it to become one of the UAE’s most successful conglomerates.

The billionaire septuagenarian still spearheads the family firm, alongside some of his six children and around 10,000 employees.

The Dubai-based group has interests which span the sectors of car leasing, education, real estate and hospitality in the Middle East, UK, Budapest, and the United States.

In the UAE, the company has been responsible for the building of key infrastructure projects, offices, resorts, schools and iconic structures like the Burj Al Arab hotel.

Despite being a private company, Al Habtoor Group estimates its value to be in excess of $8.5 billion dollars.

A BUSINESSMAN WITH BOLD VIEWS

A respected figure, with royal dealings in UAE society, Khalaf Al Habtoor has a reputation for being one of the most outspoken Emirati CEO’s.

He has a Twitter following approaching seventy thousand and comments daily on domestic and world affairs.

In a country like #UAE, where we aim to always be pioneers in all we do, #WhatsAppCall should not banned when it is accessible everywhere else in the world. I urge mobile carriers in the UAE to lift the ban, a service free to use in the top nations of the world. #KhalafAlHabtoor pic.twitter.com/Lzx0w24rL5

He famously criticised the UAE for introducing V.A.T in January 2018, as well as the ban of Skype and WhatsApp voice calls in the Emirates.

Rebecca McLaughlin-Eastham visited the founding chairman at his company’s HQ to discuss politics, business, and his family – which includes 26 grandchildren – whom he describes as “his oxygen”.

Rebecca McLaughlin-Eastham: Across the group, give me a snapshot of how your business is doing in the current environment?

Khalaf Al Habtoor: Well, the years before it was really struggling. That is the fact, you know. And not only us, the whole world was struggling. But this year, there is a slight sign of improvement.

In some areas there is a huge improvement, the volume number, if we take the car leasing which we have – I mean, it is over 90 percent utilised.

Rebecca: How will Expo 2020 impact your bottom line?

Khalaf: With Expo, a hundred percent there will be improvement. And compared to these years, [previous] years, it will be a major improvement – even if slight.

I consider Expo a bonus to our business.

Rebecca: Which areas of the business are hurting right now, which areas are underperforming?

Khalaf: Definitely the hotels, we have a lot of rooms in Dubai and I said this to the authorities as well. And, of course, the hotels is major and also retail as well.

Rebecca: As you say, you’ve previously told the Dubai authorities that there should be no more building of hotels. Do you still hold firm to the view that we’re at a saturation point?

We’ll continue talking about that to the authorities – and sometimes they listen. And there is a lot of things that they are listening to, like the fees. We want to take the 5 percent V.A.T out. It is not the time to charge V.A.T.

Rebecca: V.A.T, as you mentioned, was introduced in January 2018. You have long said that it should be done away with. Tell our viewers why.

Khalaf: We’re not used to that, number one. Number two, even the visitors to this country – when you charge them 5 percent – they’re not used to that. They come here and they think everything is exempted – all the fees, all the taxes. 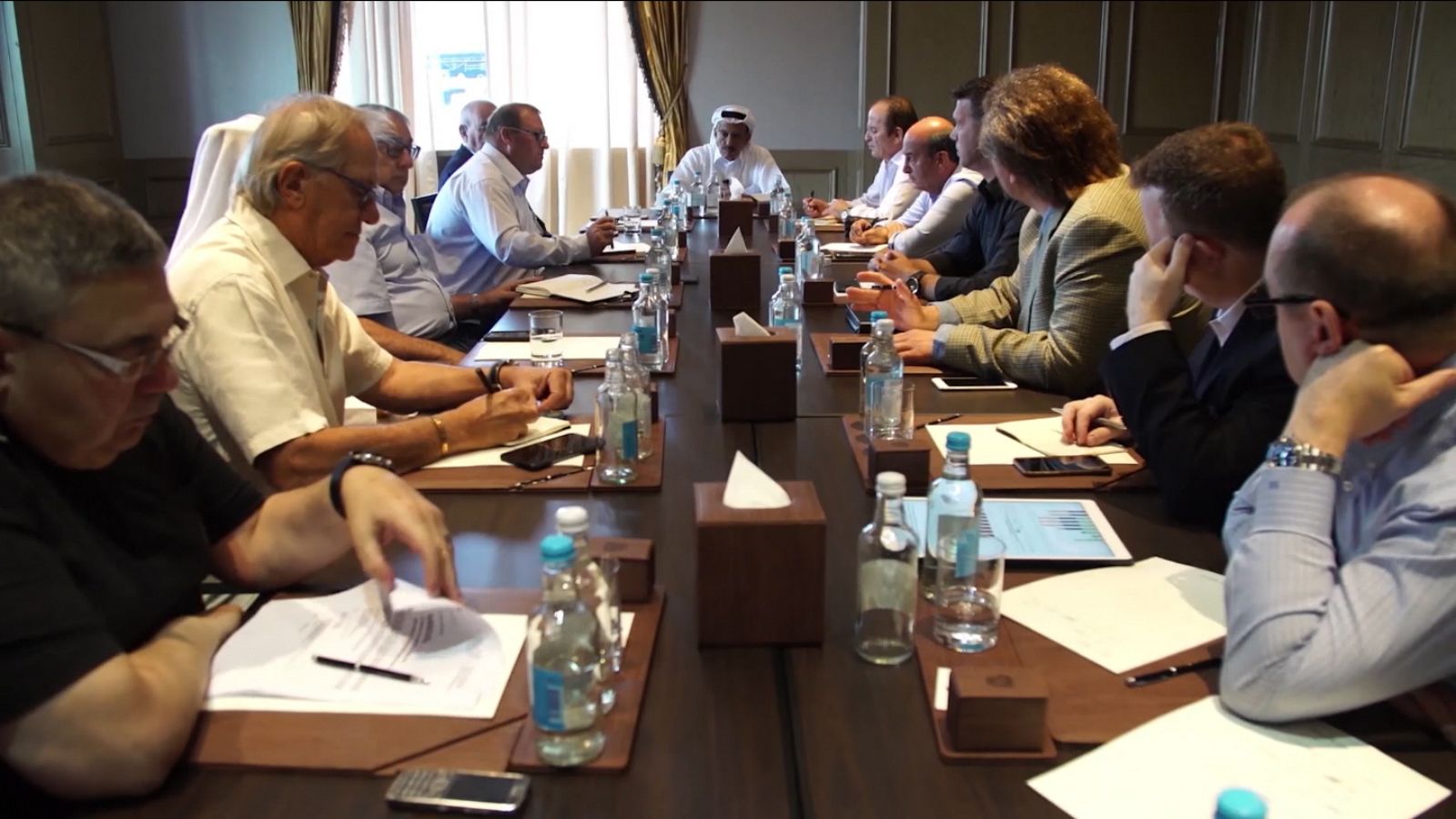 Rebecca: What about income tax, is that coming next?

Khalaf: I’m ready to pay income tax, a percentage, whatever they agree. I’m ready for that. From the profit, right. Like anywhere else. But not to take it from the revenue, no. If your turnover is a billion, but there is no profit, and they take from the turnover? That is a big, big mistake.

Rebecca: Khalaf, for two decades, there’s been discussion about a potential IPO, with talk resurfacing yet again in recent years. Are the market conditions right for you now, or when will they be?

For a simple reason, I said, if I IPO – 30% let’s say, from the group – and we don’t make money, profit. What I’m going to tell the shareholders? Therefore, no. I called them immediately, I don’t know what time it was, I said tell everybody there is no IPO – therefore I can sleep. I’m not thinking about IPO now, and the future, as well for the time being. I’m not planning that because of my worry.

Rebecca: Are you on the acquisition trail at the moment? Do you have anything in the pipeline?

Khalaf: We are looking overseas. We’re looking at Central Europe and the United States also, in Springfield Illinois, where I bought President Abraham Lincoln’s Hotel. I bought it because of the name, because I’ve always admired two international people, Winston Churchill and Abraham Lincoln. I like to read about who they were and what they have done. It’s better than school, better than university. 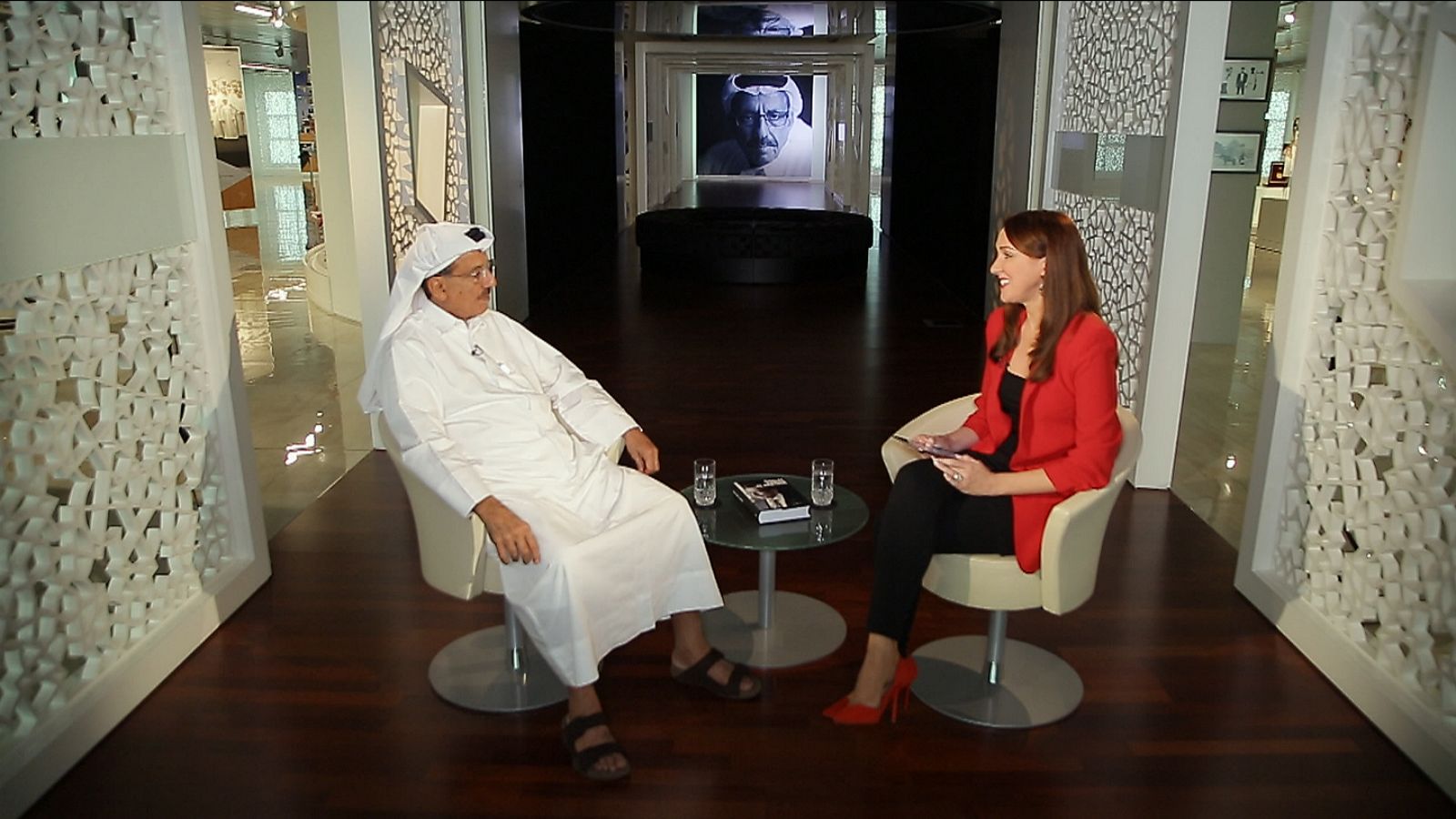 Rebecca: You have both praised and criticised President Trump in equal measure. How do you feel about his potential re-election considering that you have business interests in the U.S?

Khalaf: He improved the U.S. economy and that’s very important to the American people, they are entitled to that. But the foreign policy, until now as I assess it, I don’t believe in it a lot. Especially with Iran.

The Iranians, if they are wise, they have to take their plane and come here, or there – to one of the Arabian Gulf countries and negotiate the peace. What are we asking? Don’t support terrorism, don’t support killers, don’t support drugs and all the dangerous things in the world. This is what we want.

Rebecca: Do you think there could be an accidental war with Iran?

Khalaf: This is a theatre. This is a play, but a failing. It is a stupid way of acting. This is damaging our economy and this is on purpose. They want to empty our pockets.

Rebecca: How, in any way, is the situation in the Strait of Hormuz affecting your business, in the hospitality sense?

Khalaf: We’re trying to avoid it. We’re trying not to talk about it a lot. Here, they’ve brought all of the ships in the world, warships. The Chinese, the Russian, the British, the Americans, the French – I don’t know who else. I mean, they are polluting our sea now.

This is what Donald Trump created as well.

You know, he should really pull out and try to make a peace, rather than a threat – an empty threat – to the Iranians.

Rebecca: Moving from the US, and regional politics, to the UK where you also have investments. You must be closely watching Brexit play out, will the outcome affect your investment decisions?

Khalaf: I am not worried about that at all. But, when you look to the leadership of United Kingdom it is different to before. I consider England my second home and when you read the words Winston Churchill and Margaret Thatcher, and after that, came nobody. I mean, leadership is in the blood not education, not school, not university. 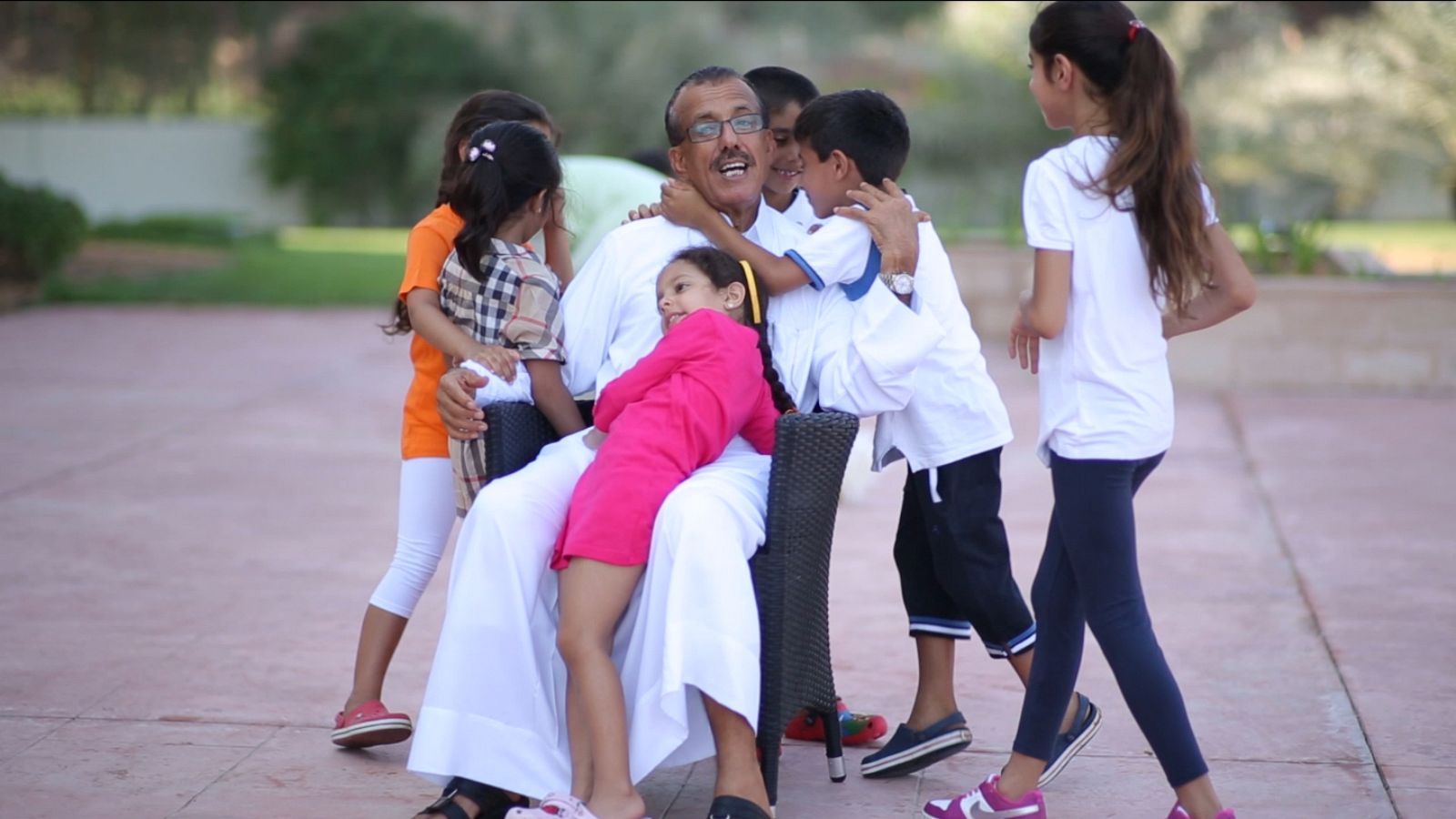 Rebecca: You’re showing no signs of slowing down, you’re still heavily involved in the business. But, can I ask what succession plans you have in place?

Khalaf: When asked, “Which is a priority to you? Your family or your work?”. Of course, my work is a priority, more than my family.

Because, your family won’t want you unless you are going to work and feed them – and give the money. Otherwise, they’re not there. If you have a wife, she doesn’t want you if you don’t buy her something.

Rebecca: Lastly, you have a sizable Twitter following – and you Tweet them daily. Do you ever look to curb what you write? Do you worry about the backlash?

Khalaf: Let me explain something to you which is a secret. I don’t know how to do it. [Laughs] I give the ideas to the head of my media department, she writes everything and I approve it. And yes, I mean, definitely I’m getting hit left and right [on Twitter]. All the time.

Maria from Russia said the Habtoor Palace hotel was a highlight of her UAE visit.