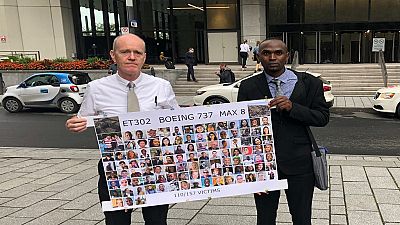 Boeing has announce it will officially begin paying $50 million in financial assistance to the families of more than 300 victims killed in both the Ethiopian and Malaysian Airlines crashes.

The company had earlier on in July indicated that it will dedicate half of a $100 million fund it created after two crashes of its 737 MAX planes to provide payments to families of those killed, with veteran U.S. compensation expert Ken Feinberg hired by the world’s largest plane maker to oversee the distribution.

Boeing said the other half of the fund will support education and economic empowerment in impacted communities.

The money works out to $144,500 to the families of each of the 346 victims of the Lion Air Flight 610 and Ethiopian Airlines Flight 302, which crashed just months apart, according to Reuters.

The airline company also notified the affected families to submit claims by December 31 this year.

“Families will not be required to sign away their rights to sue in order to claim compensation from Boeing’s fund,” Boeing said on Monday as quoted by CBS News.

The 737 MAX, Boeing’s best-selling jet, was grounded globally in March following the Ethiopian Airlines crash after a similar Lion Air disaster in Indonesia in October. The two crashes killed 346 people.