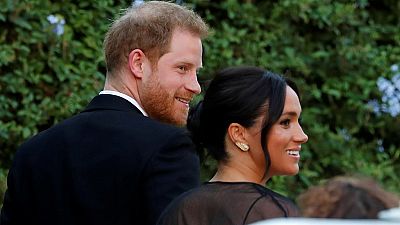 Prince Harry, his wife Meghan and their four-month-old baby Archie are making their first official family visit to southern Africa since the birth of their son on Monday.

The Duke and Duchess of Sussex will begin their ten-day trip to the South African city of Cape Town (southwest), a popular tourist destination for its vast beaches and vineyards but plagued by gang violence in the townships.

“Our family will make its first official trip to Africa, a region of the world that, over the past two decades, has been my second home,” Harry said this month on his Instagram account.

“I look forward to introducing my wife and son to South Africa,” he added.

For the love of Africa

The highlight of their stay in Cape Town will be a meeting on Wednesday with the Nobel Peace Prize winner Desmond Tutu, one of the leading figures in the fight against apartheid and close friend of the first black South African President Nelson Mandela.

Starting Thursday, the Prince will continue his solo tour in Botswana, Angola and Malawi, while his wife will stay with Archie in South Africa for further engagements.

In Botswana, home to a third of the continent’s wild elephants, Harry will focus on wildlife protection, a subject close to his heart.

The country, renowned for its luxury safaris, is also a place dear to the young couple. In 2016, “I succeeded in persuading (Meghan) to come and join me in Botswana. And we camped under the stars,” Harry told the BBC during the official engagement ceremony.

The Prince will then travel to Angola where he will follow in the footsteps of his mother Diana, who had been involved in anti-personnel mines during a trip to Angola in 1997, a few months before his death in a car accident in Paris.

Harry was then 12 years old, his eldest brother William – second in order of succession to the throne – 15.

In Angola, Prince Harry, 35, is scheduled to visit a mine clearance programme in Huambo (central west) and an orthopaedic hospital.

More than one million anti-personnel mines were planted during the twenty-seven years of the civil war (1975-2002) in this country.

For the love of wildlife

After a meeting with Angolan President Joao Lourenço on 28 September, Prince Harry will continue his tour with a stopover in Malawi to visit health and anti-poaching programmes.

Three of the four countries Harry visited – South Africa, Botswana and Malawi – are members of the Commonwealth. Angola, a Portuguese-speaking country, is a candidate to join the organization, which currently includes 53 countries formerly colonized by the United Kingdom.

After their grand wedding in May 2018, Harry and Meghan, who had made an official trip to the Pacific last year, have kept a low profile since the birth of their son in May this year, in an effort to preserve their privacy.

Photos of Archie, seventh in the order of succession to the British throne, are very rare so far. The photographers will therefore be at work to immortalize family portraits on African soil.

Harry and Meghan were recently blamed for travelling in a private jet and for carrying out expensive work, worth around €2.7 million, in their new residence, at the taxpayer’s expense.

According to Vogue magazine, they will take a flight to South Africa.