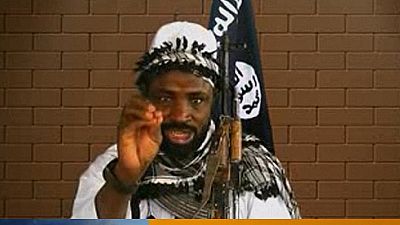 Suicide bombings, mass kidnappings, tens of thousands of people killed. A ghastly insurgency by the homegrown Islamic extremist group Boko Haram marks 10 years this week in northeastern Nigeria, where many residents say life has been set back by decades.

“It feels like 100 years, because everything seems to be moving slowly and not getting any better for me and my family,” said Hassan Mamman, who fled to Maiduguri, the region’s main city, after Boko Haram attacks on his rural home.

He is among millions of people displaced. “I miss my community and always crave it but the merchants of death just won’t let us have that much-needed peace.”

Friday marks a decade since Nigerian forces clashed with the extremists at Maiduguri’s central mosque. More than 700 people were killed, including leader Mohammed Yusuf, according to officials and rights groups.

From that violence sprang the insurgency of Boko Haram, which in the Hausa language means “Western education is taboo.” The extremists have sought to establish a strict Islamic caliphate in Nigeria, carrying out attacks as far away as the capital, Abuja.

The violence has also spilled into neighboring Chad, Cameroon and Niger. In recent years some fighters have pledged allegiance to the Islamic State group, creating a new threat.

Boko Haram seized the world’s attention with the mass kidnapping of nearly 300 schoolgirls from Chibok in 2014, sparking a #BringBackOurGirls campaign supported by then-U.S. first lady Michelle Obama and others.

While many schoolgirls have since been freed, countless other people abducted over the decade remain lost to their loved ones. They include aid workers; on Wednesday a recently seized nurse pleaded in a video for Nigeria’s government to help, saying they could be killed.

While Nigerian officials have repeatedly claimed victory over Boko Haram, weary residents say there is no end in sight to the attacks that have created one of the world’s worst humanitarian crises, with more than 7 million people still dependent on food aid.

In interviews with The Associated Press, a range of people described how their lives and culture have been torn apart. “Our age-long legendary values for decency, where there is mutual respect and regard between men and women, have been eroded in just 10 years,” said Hamsatu Allamin, who leads a peacebuilding foundation.

Women widowed by the fighting have become beggars or sex workers, she said. Children no longer respect their elders.

“We have been plunged backward by many decades,” said Abba-Aji Kalli, who leads a civilian self-defense force. Sometimes the damage appears irreversible, he said.

Some observers allege that certain Nigerian officials are profiting from the unrest via corruption and have little interest in ending the bloodshed. Rights groups have accused some Nigerian security forces of abuses in the fight against Boko Haram including extra-judicial killings and mass arrests. Nigeria’s government has angrily rejected such allegations.

“We will continue to pursue and strengthen all options for peace and will not relent,” said Baba Sheikh Haruna, spokesman for the governor of Borno state where Maiduguri is located.

He said the government recently welcomed more than 150 Boko Haram members who surrendered and expressed hope that the 10-year anniversary would cause other fighters to reflect and lay down their arms.

Some 1.9 million displaced people are waiting for the chance to go home, said Hilde Jorgensen with the Norwegian Refugee Council. “Many of them are in camps that are overcrowded, without proper shelter or access to clean water.”

One of those displaced people is Musa Jidda, who fled after Boko Haram attacked his rural home in Marte.

“Here I am, stripped of all that made me a man and a breadwinner,” Jidda said. “Every day my heart bleeds in bitterness of seeing my family and I turned beggars. I cannot feed my family. Even what they give us here to feed on is not enough. All I want is for them to open this camp gate and let me go home.”

Even though Boko Haram has been in the public eye for 10 years, not much is still known about the extremist group, said Matthew Page, associate fellow with the London-based international affairs group Chatham House.

“It’s a very decentralized group, which contrasts with other jihadist groups that are tightly organized,” Page said. “Boko Haram doesn’t have much in the way of coherent strategy and focus, yet they have defied the odds and survived.”

He said Nigeria’s government has been ineffective in combatting Boko Haram, largely as a result of corruption. “So there is a kind of uneasy standoff. Boko Haram could continue for 30 years.”

Some residents of Maiduguri, however, are not giving up hope that peace can return.

Mamman, whose displaced family has sheltered in the city for five years, said he imagined the extremists could be weary as well after a decade on the run.

“Ten years is just enough for them to give up and embrace peace,” he said. He plans to do his part.

He is now studying at the University of Maiduguri and says he will use his experience to persuade Boko Haram’s members “in my own little ways” to put down their arms for good.