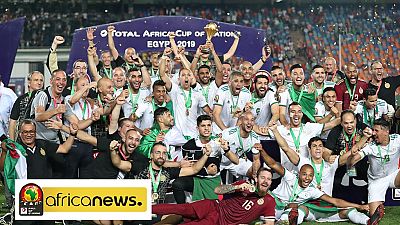 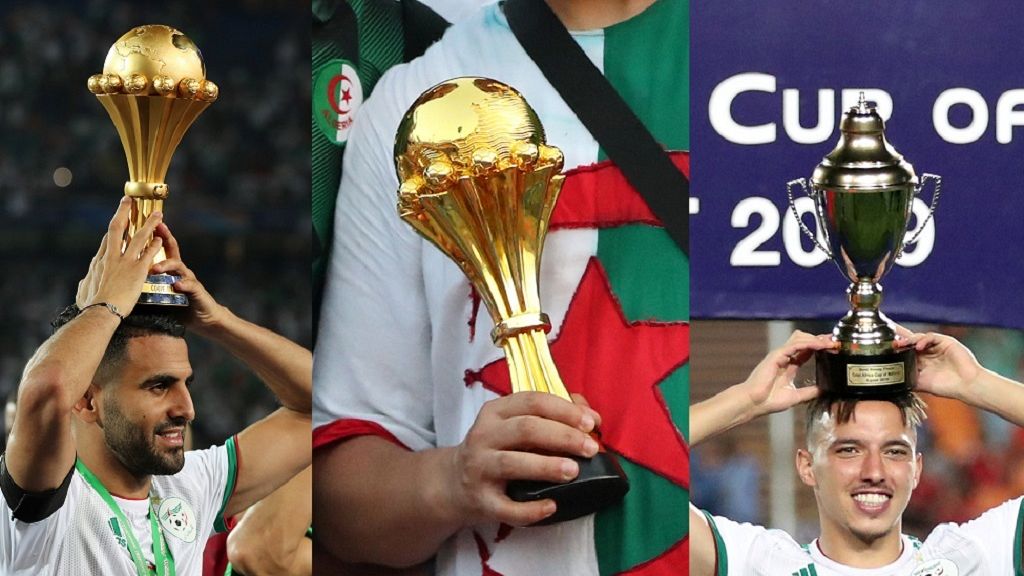 How it all happened: Algeria vs. Senegal

A goal after just two minutes of play is what settled the 32nd edition of African Cup of Nations, AFCON, final between Algeria and Senegal at the Cairo International Stadium.

It becomes the second AFCON victory for Algeria who last won it in 1990 on home soil. The Desert Foxes went the entire competition without losing a game – beating Senegal twice en route.

For the Aliou Cisse Senegal side, it’s a second final disappointment. The first was in Mali 2002 when Cisse, as the skipper, led the Lions to the final only to be beaten by Cameroon’s Indomitable Lions.

It’s all OVER! Algeria are Champions of Africa.

90’ – Four minutes for Algeria to hold on and to secure their second AFCON trophy.

85’ Into the final 5 mins. Algeria playing deep and looking to close shop. Senegal continue to press but they’re running out of time. Still 1-0

82’ Sarr!!! The winger tries a volley but he just can’t keep his effort down. That was a glorious chance gone begging.

80’ Frustration beginning to set in for the Senegalese. They look like they’re losing their cool. They’ve given their all throughout the tournament but Algeria looks to be running away with this one.

73’ – Algeria nearly double their lead through Belaili. The attacker curls the ball from the right flank but it deflects out for a corner. Nearly a carbon copy of the opening goal.

Senegal pressing for the equalizer, Algeria is already in game management mode. Time wasting tactics is right around the corner for the Desert Foxes. #SENALG #AFCON2019

70’ – It’s been all Senegal in this second half. Algeria haven’t offered much despite taking an early lead. Still 1-0

68’ – Senegal push to secure parity. Sabaly, midfielder, unleashes a fierce shot from the outside of the box but M’Bolhi tips the ball out for a corner.

65’ – CHANCE! Niang dribbles past the goalkeeper but he can’t direct his effort towards goal. He did all the work but the angle was too tight. Senegal getting closer.

59’ – VAR denies Senegal penalty as Guediora handles the ball in the box. Huge decision at this stage. Can the Lions focus from here?

55’ – Saivet floats a good ball into the Algeria box but no one is there to connect. Still 1-0

49’ – Both Mane and Mahrez have been passive so far in the game. Neither have been influential with 40 minutes to go.

44’ Huge Chance Senegal but for timely intervention by Zeffane to deny Sarr. The Senegal winger was nearly through on goal.

41’ Senegal with a free-kick on the right flank. Saivet’s delivery is cleared by Algeria.

37’ Chance Senegal! Good chest control by Niang but fires a left-footed shot which misses the goal by inches.

30’ – Past the half hour mark, Senegal being more purposeful with the ball going forward but the Algerian defence feeling even more comfortable with the forays.

25’ – Too many wayward passes, both teams being too cautious, goalkeepers rarely tested and too many stoppages.

18’ – Mane – Mahrez moment: Senegalese counterattacking move ends with Mane crossing into the box but Mahrez is there to clear with a header.

10’ – Jittery first 10 minutes for the Teranga Lions as they look to roar their way back into the fixture. 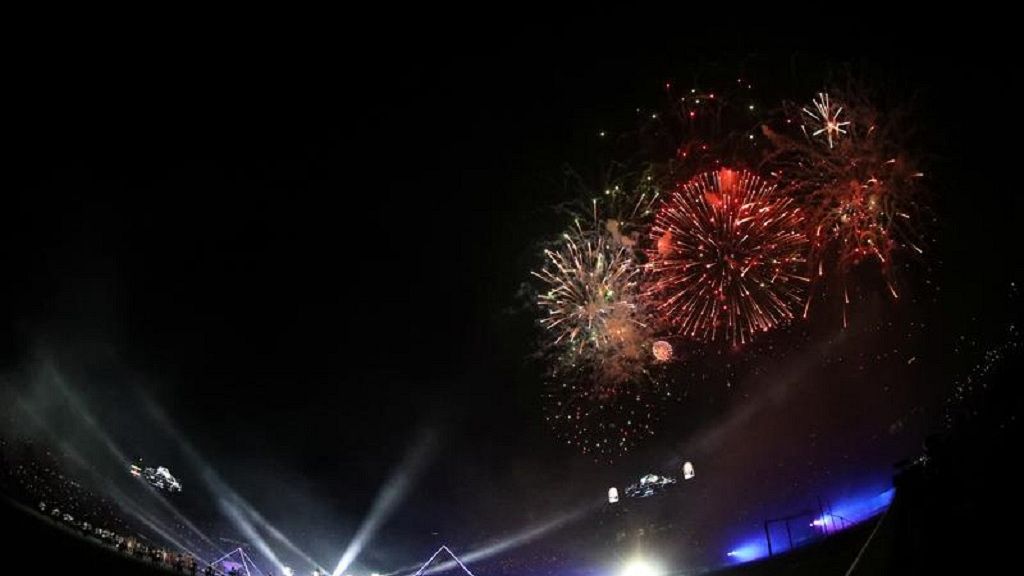 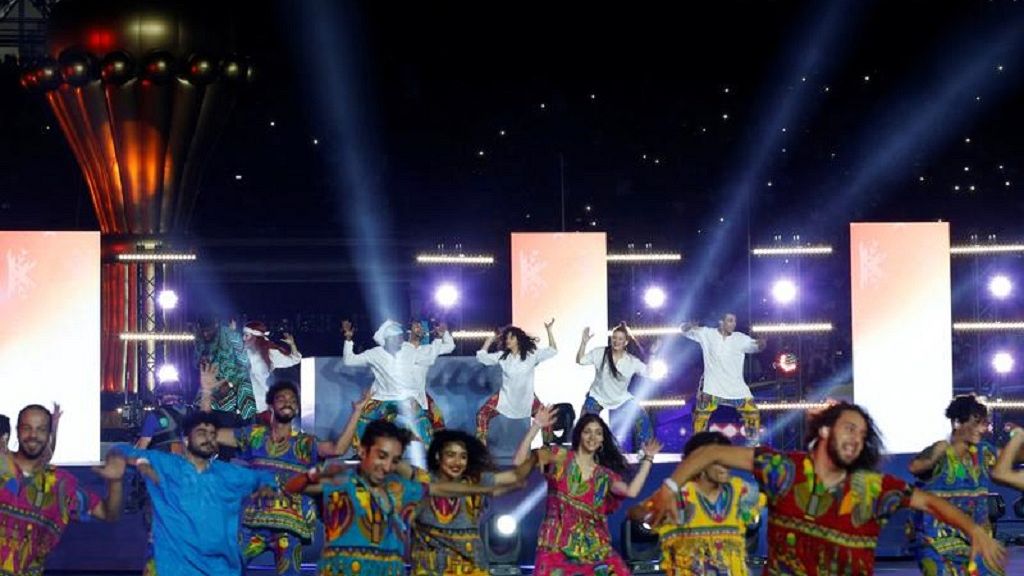 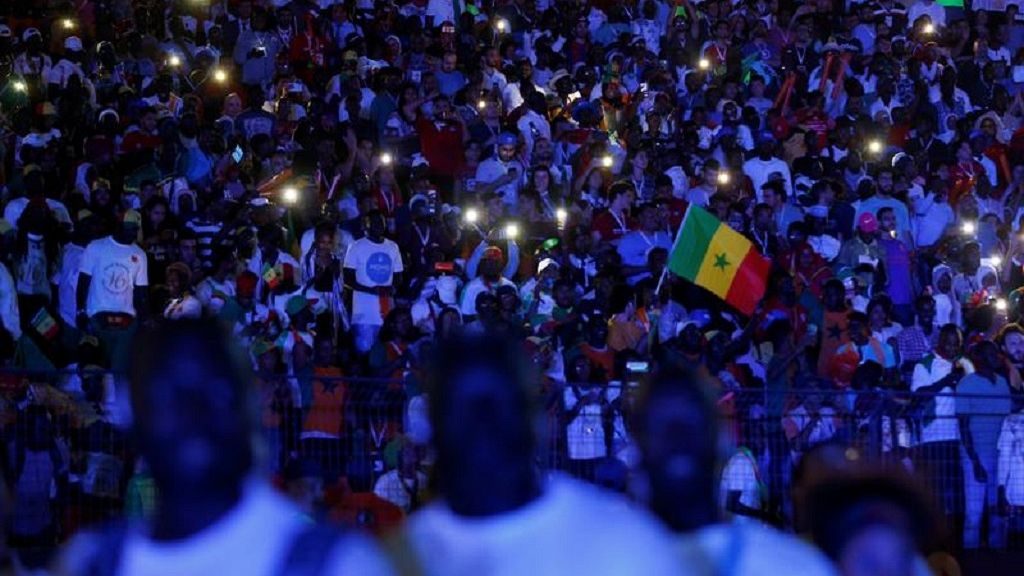 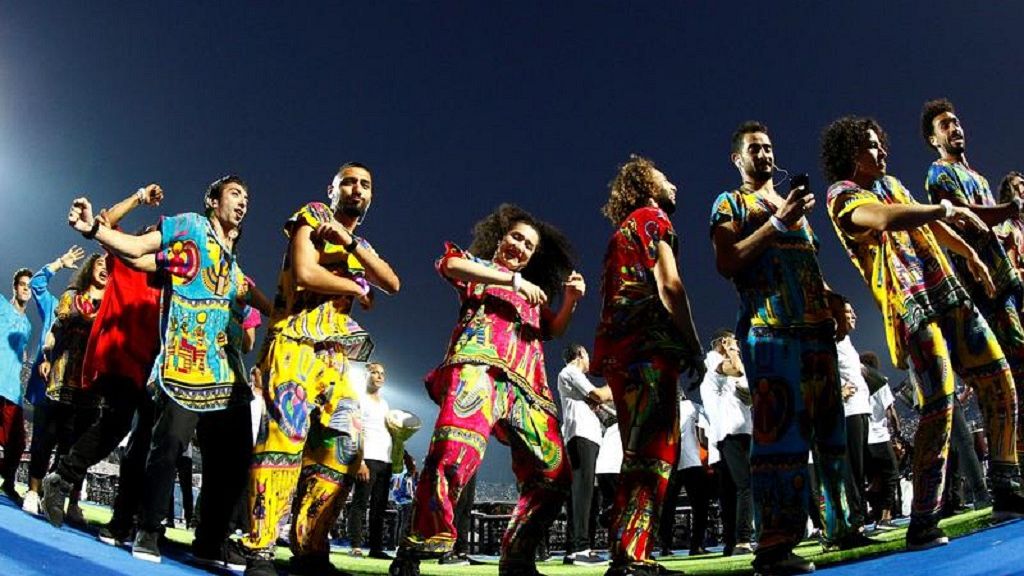 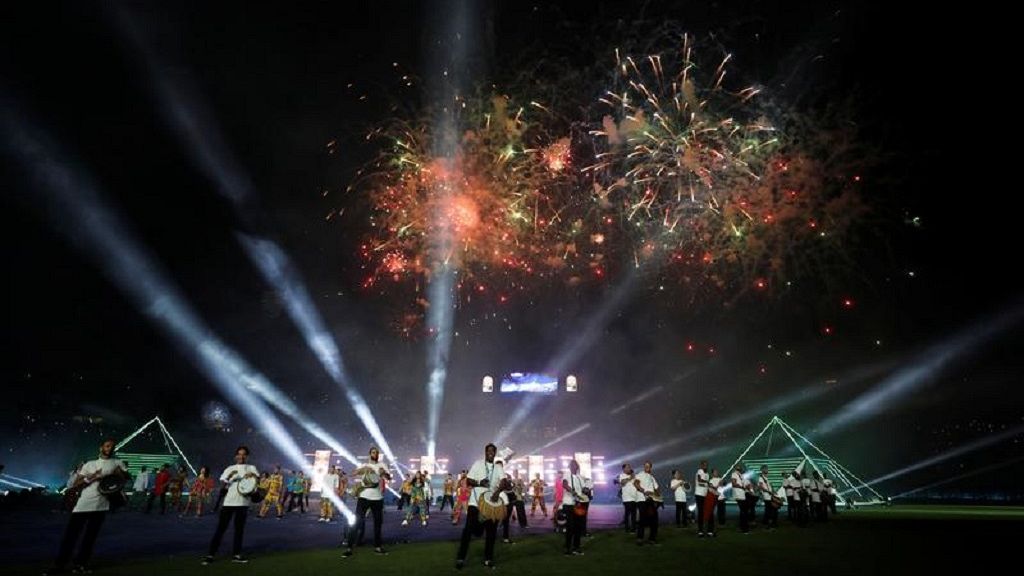 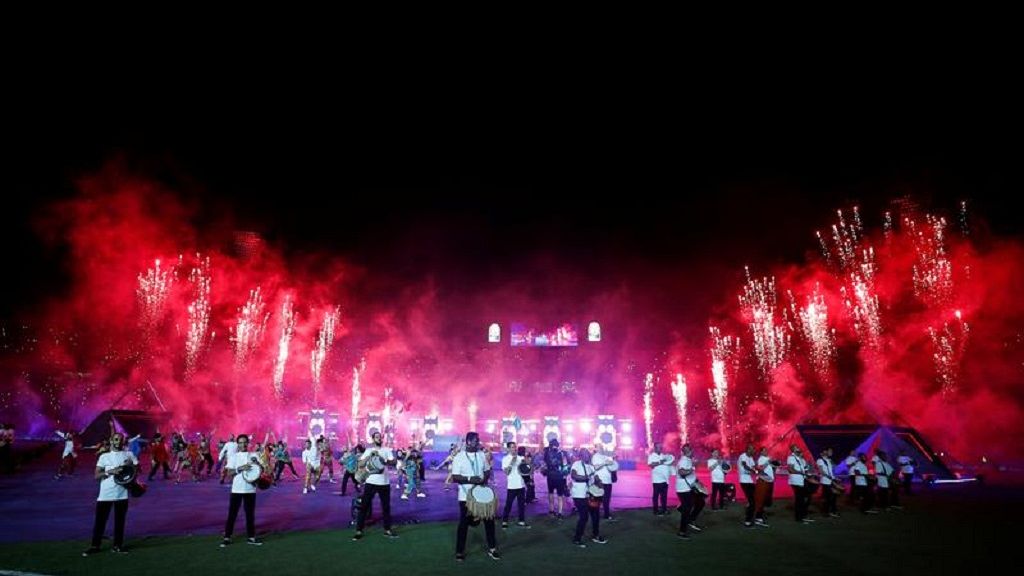 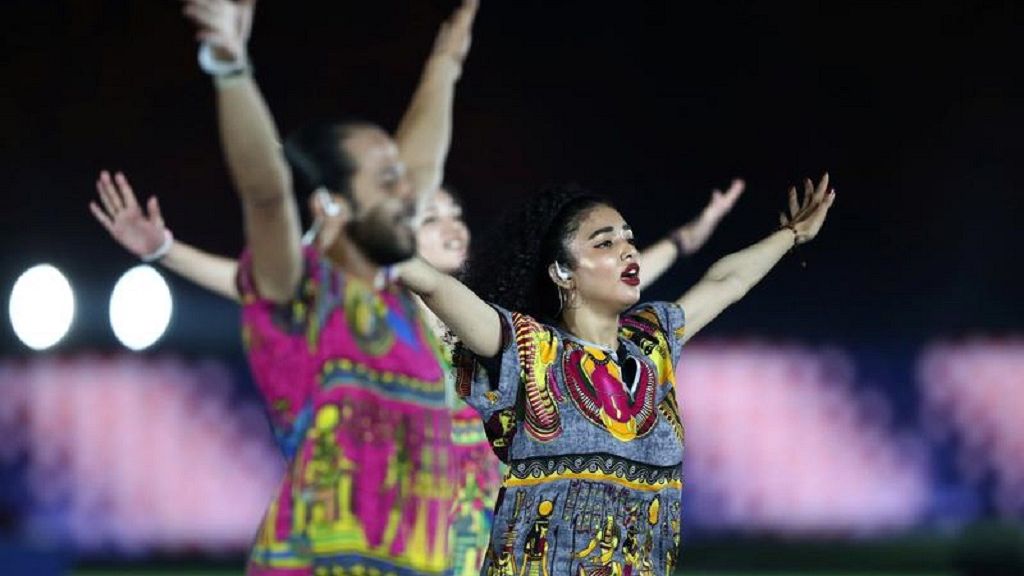 June 17 was the first day of the African Cup of Nations, AFCON, which wraps up in Egypt today. Hosts, Egypt, beat Zimbabwe by a lone goal till they were also beaten by same in the round of 16 by South Africa.

The winners of the 32nd AFCON will be North Africans Algeria or West Africans Senegal. The stadium in Cairo is packed for tonight’s game as the kings of African football are crowned.

Ghana’s Gyamfi and Egypt’s Hassan Shehata had each won record three titles, with Nigerian Stephen Keshi being the latest to achieve that in 2013.

Either Belmadi or Cisse will join this prestigious list comes Friday night. 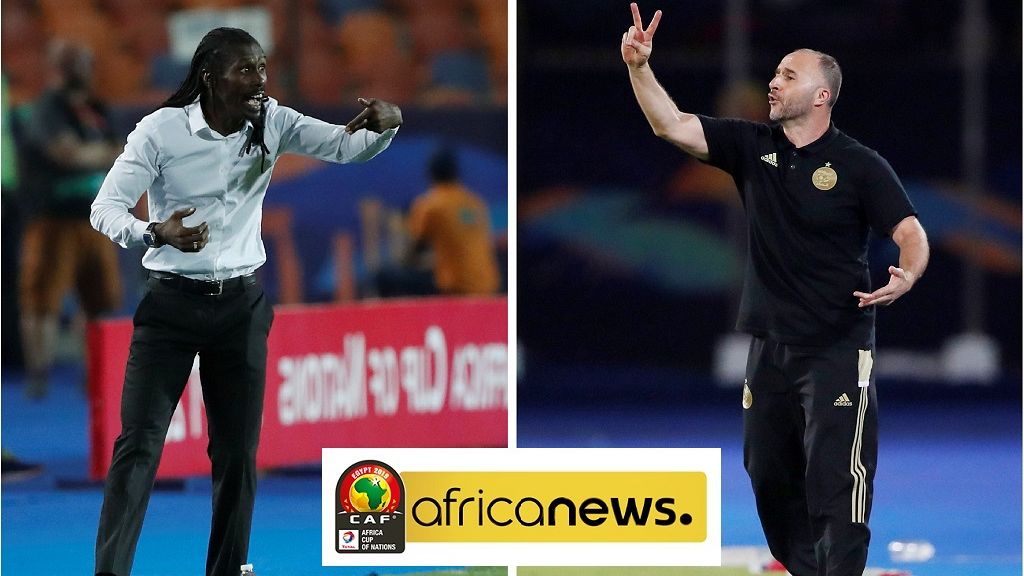 Head to head: Managers and goalies

One of them is just 1⃣ day older than the other. Both of them are managing their countries' teams.

Whoever wins it tonight will create history. It's? #SENALG #TotalAFCON2019 pic.twitter.com/VyUpPpcILv

The group stages coughed up lots of incidents from the goals, the misses, the blunders and the tactics. Not to forget the fans in the stands, the permutations as to who qualifies for the knockout not forgetting the empty stadia.

But with the group stage over, eight out of the 24 teams were eliminated whiles sixteen teams also slugged it out in the round of 16 to secure places in the quarter finals.

Quarter-finals brought the list further down to four semi-finalists. Algeria eliminated Nigeria and Senegal knocked out Tunisia. That sets up the Algeria vs. Senegal final of July 19.

On July 17, Nigeria’s Super Eagles sored above the Tunisian Carthage Eagles to win the third-place playoff in Cairo. The real deal is on July 19 when Algeria makes a case for their second AFCON trophy and as Senegal chases a first.

Algeria have recorded only a draw in six games at the AFCON. The Fennecs are in a race to go unbeaten in the competition but that will mean having to beat Group B neighbours, Senegal.

It will mean beating Senegal for a second time having beaten the Teranga Lions on the second day of action by a lone goal.

Algeria, like Egypt and Morocco, ended the group phase without conceding a goal and with maximum nine points – they also beat Kenya and Tanzania by two and three goals respectively. 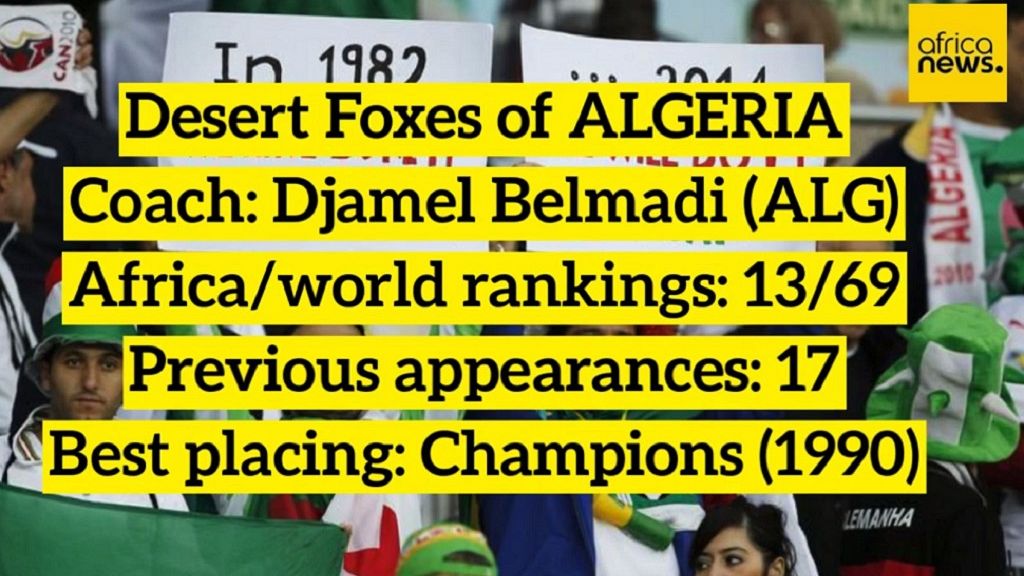 Senegal’s Teranga Lions have shown a steely character since their loss on Match Day 2 to Algeria.

Aliou Cisse’s charges have used a lone goal victory in all three matches in the knockout rounds, beating Uganda, Benin and Tunisia in the round-of-16, quarter and semi-finals respectively.

The final hurdle is with the July 19 match up against Algeria. The Senegalese will be looking to avoid a second defeat at the hand of the Algerians.

At close of the day, it would be a case of repeat or revenge but more so for two managers who are linked by their upbringing in a Paris suburb and who have both featured for the teams they are leading today. 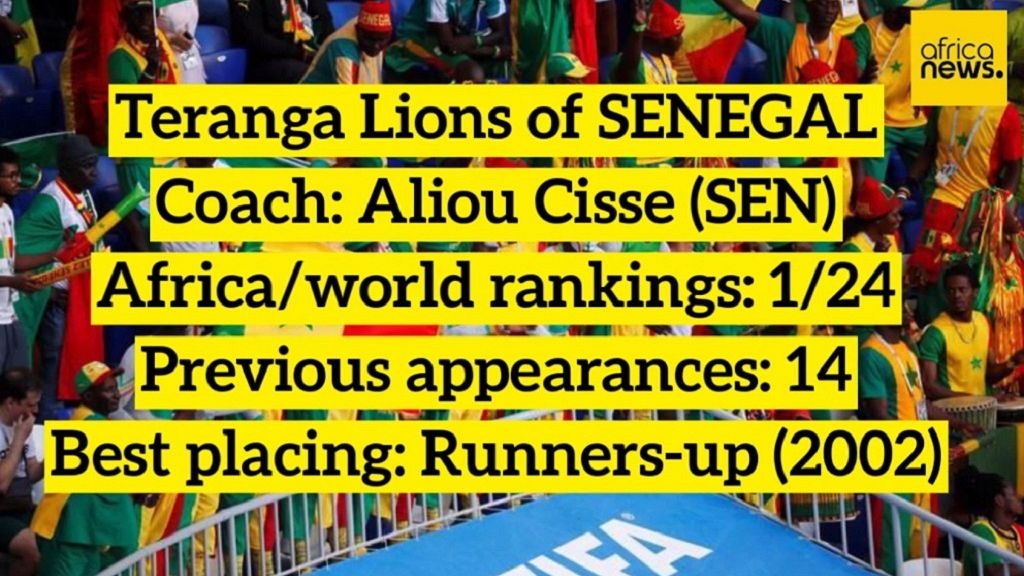 A list of the winners of the African Nations Cup (host countries in brackets):

NB: Congo-Kinshasa and Zaire now known as the Democratic
Republic of Congo.