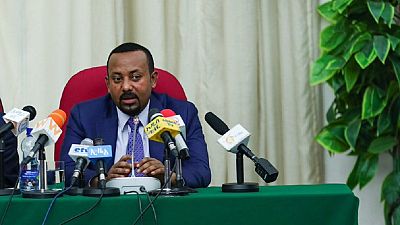 Ethiopia’s Amhara Democratic Party (ADP) named the security adviser to Prime Minister Abiy Ahmed as head of the restive Amhara region on Monday after his predecessor was killed in a violent attempt to seize power there.

Dozens were killed in fighting during the foiled coup by a rogue state militia in Amhara that claimed the life of regional president Ambachew Mekonnen and other top officials. The same night, the army’s chief of staff and a retired general accompanying him were killed in the capital Addis Ababa in a related attack, the government said.

The ADP said on its Facebook page that it had nominated Abiy’s security adviser Temesgen Tiruneh as Ambachew’s successor in Amhara. The party controls the Amhara regional government and is also one of four in Abiy’s national governing coalition.

The Amhara violence was the strongest challenge yet to the rule of Abiy, who has rolled out ambitious political and economic reforms in what was once one of Africa’s most repressive countries since coming to power in April 2018.

Abiy has freed political prisoners and journalists, offered an amnesty for some rebel groups and opened up space for a number of parties ahead of planned parliamentary elections next year in Ethiopia, Africa’s second most populous country.

But his government has also presided over a rise of ethnic violence as regional powerbrokers try to grab more power and territory and air long-held grievances against the Addis Ababa coalition. More than 2.4 million of Ethiopia’s 100 million citizens are displaced.

Temesgen’s nomination is expected to be ratified by the Amhara regional council at a later date, according to an ADP central committee member.