UNSC must escalate Cameroon crisis on its agenda – Rights groups 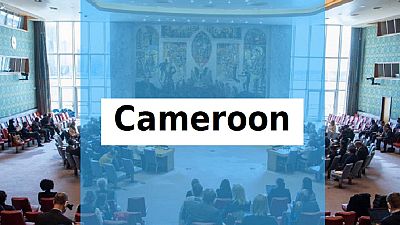 A group of nine rights groups are calling for the United Nations Security Council, UNSC, to give needed attention to the Anglophone crisis in Cameroon’s Northwest and Southwest regions.

Their call was contained in a June 3 statement , issued on the eve of a Security Council hearing on the Central Africa region. Head of the UN’s regional office, Francois Louceny Fall on June 4 briefed the UNSC on a wide range of issues in the region.

Even though the Anglophone crisis features prominently in his last briefing, the groups hold that it is time the UNSC made the crisis a stand-alone item on its agenda.

The UN Security Council has largely kept silent on the crisis. Without expeditious action, the situation is likely to worsen.

The campaigners said even though the UN Regional Officer’s briefings are an opportunity to formally raise the situation in Cameroon at the Security Council, the body is being urged to formally add Cameroon to its agenda as a regular stand-alone item.

“The UN Security Council has largely kept silent on the crisis,” the organizations said. “Without expeditious action, the situation is likely to worsen,” they further warned.

In a joint letter issued in late May 2019 called on all UN Security Council Members to speak out on a crisis they have been silent, according to the campaigners.

“The UN Security Council has largely kept silent on the crisis. Even getting the Council to discuss Cameroon has proven difficult. A recent informal Security Council meeting almost did not take place due to a lack of support from African member States,” the statement read in part.

The groups that signed the letter are Amnesty International, Human Rights Watch, Global Centre for the Responsibility to Protect, Action by Christians for the Abolition of Torture, Committee to Protect Journalists (CPJ), Nouveaux Droits de l’Homme Cameroun (NDH – Cameroon).