Tripoli to suspend activities of forty foreign firms in Libya 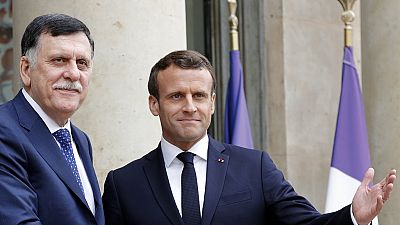 Libya’s internationally recognised government have asked 40 foreign firms including French oil company, Total to renew their licences or have their operations suspended, pressuring Europe to stop an eastern military offensive against Tripoli.

According to the economy and industry ministry in a decree, the foreign firms have three months to renew their licences, theafter an official earlier said their operations had been suspended.

The ministry cited legal procedures, but the action comes as the Tripoli-based government seeks to drum up support to fend off an assault by Khalifa Haftar’s Libya National Army (LNA) force, which has been trying for one month to take the capital.

Total is a major oil player in Libya, which pumps more than 1m barrels of oil a day and aims to have reached 2.1m barrels by 2023.

Speaking on the decision which also affected the aerospace company Thales and the telecoms company Alcatel, the economy minister, Ali Abdulaziz Issawi, said the foreign businesses’ licences had expired.

Fayez al-Sarraj, who leads the UN-backed, Tripoli-based Government of National Accord (GNA), had wanted Macron to explicitly condemn Khalifa Haftar for his assault on Tripoli, which started a month ago.

Macron only called for an unconditional ceasefire, a proposal the GNA believes rewards Haftar’s aggression and his international backers.

It’s almost as if the GNA wished colonialism was still alive and well. Why would #France, or the international community, support a “government” that is not supported by the #Libya|ns themselves and never ratified by its elected House of Representatives? https://t.co/4bJKtjq16q

About 443 people have been killed in the offensive with thousands in southern Tripoli displaced.