On September 25th, Hazza Al Mansoori will mark a historic moment for the UAE as the first Emirati astronaut to be sent into space.

Al Mansoori will spend eight days at the International Space Station (ISS), conducting different experiments on microgravity, including its impact on the human body.

The 31-year-old holds a degree in aviation sciences and has flown the UAE air force’s F-16 fighter jets for years.

He was selected from more than four thousand applicants. The choice between the finalist and runner-up, telecommunications engineer Sultan Al Neyadi, was made on April 12th.

MBRSpaceCentre announces that it has selected Hazzaa AlMansoori as the prime astronaut and Sultan AlNeyadi as the backup astronaut for the International Space Station (ISS) mission. pic.twitter.com/Nupvp5pfuR

Both astronauts went through a series of tests, including winter survival training, at the Yuri Gagarin Cosmonaut Training Centre in Russia. The exercise required the men to fend for themselves in an ice-cold forest, recreating the potential event of a crash upon re-entry. 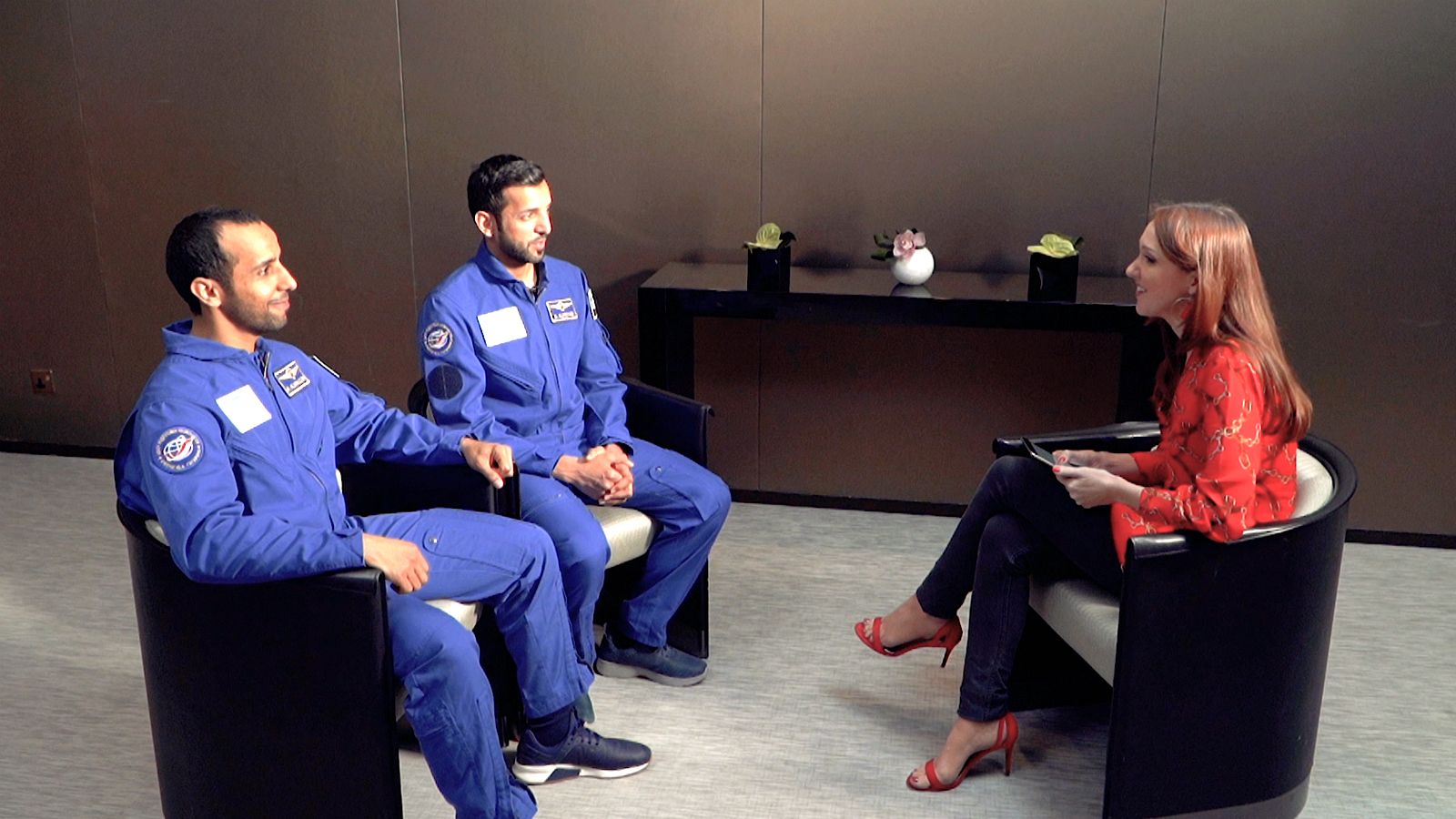 The UAE Astronaut Programme is the first of its kind in the Arab world and falls under the remit of the Mohammed Bin Rashid Space Centre (MBRSC).

The centre is also responsible for the development of the Emirates Mars Mission, the Mars Hope Probe – an expedition to reach the red planet’s orbit by 2021 to gather atmospheric data – and the Mars 2117 vision which aims to build a human colony there.

Al Mansoori hopes that the UAE’s first manned mission to space will spark young people’s interest in the field, and go towards helping the country realise key strategic objectives.

“Our leadership is focusing on making the UAE economy based in knowledge and innovation, and knowing more about space is a payback for our generation and the youth,” he tells Euronews. “Hopefully, it will give us some more scientists and more passion about space.”

It’s a view shared by MBRSC’s Assistant Director Salem Al Marri, who says that now is the perfect time to send Emiratis into space.

“We want to see more graduates from the region going into STEM fields. We want more engineers, we want scientists.” 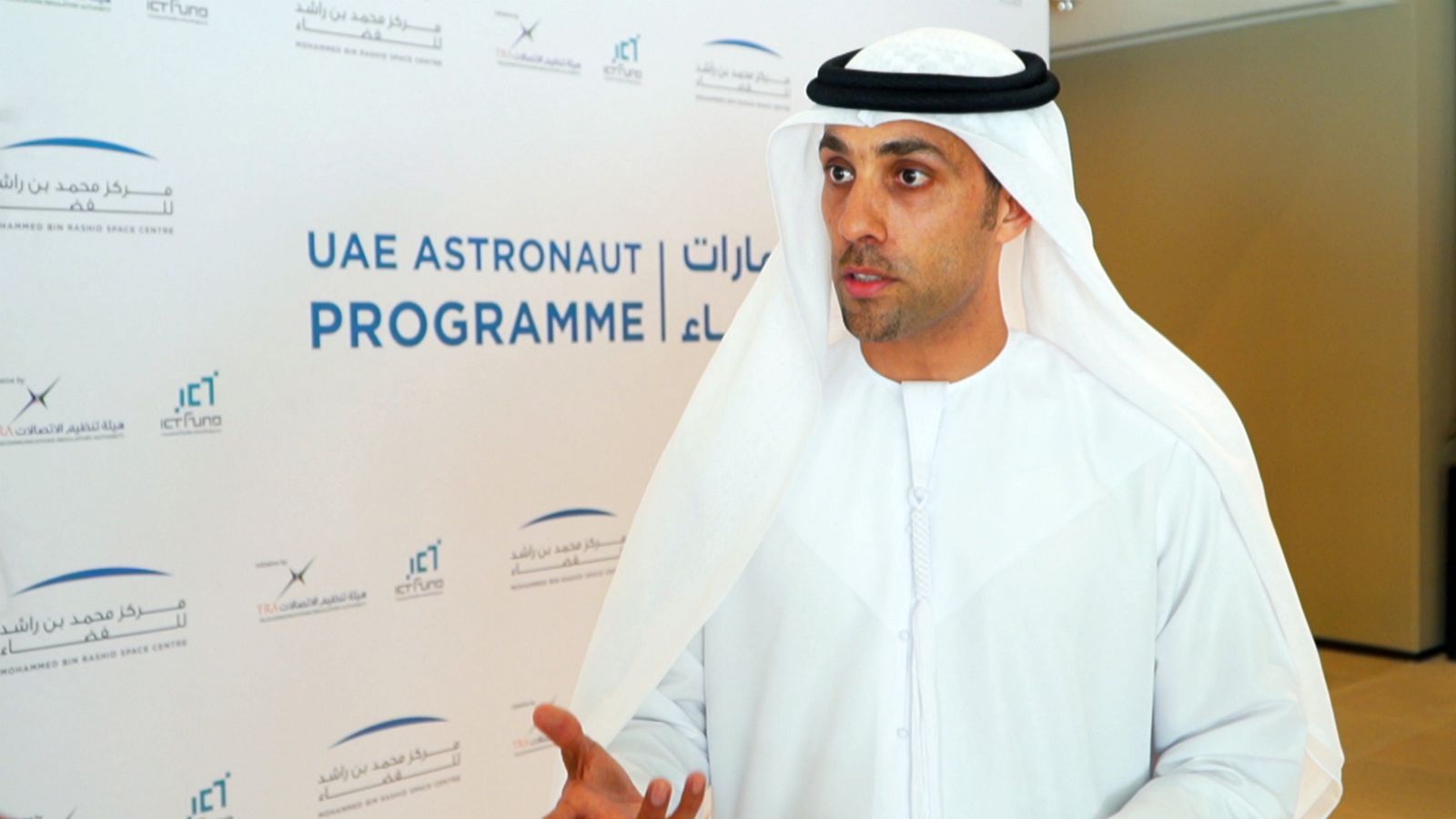 The UAE’s first mission to the ISS was originally scheduled for April but was pushed back to September due to the failure of a manned Soyuz MS-10 spacecraft last October [link to news article].

However, the MBRSC has full confidence in its astronaut’s preparation for the upcoming September launch.

“There’s always risk associated,” says Al Marri. “I don’t have fears but, you prepare for the worst and you hope for the best. That’s what we’re doing.”

“If you see the astronauts an hour later, coming back from that failure, it was as if they’d just gone on a road trip. That shows you that the Soyuz capsule is very robust. it’s very safe,” he added. 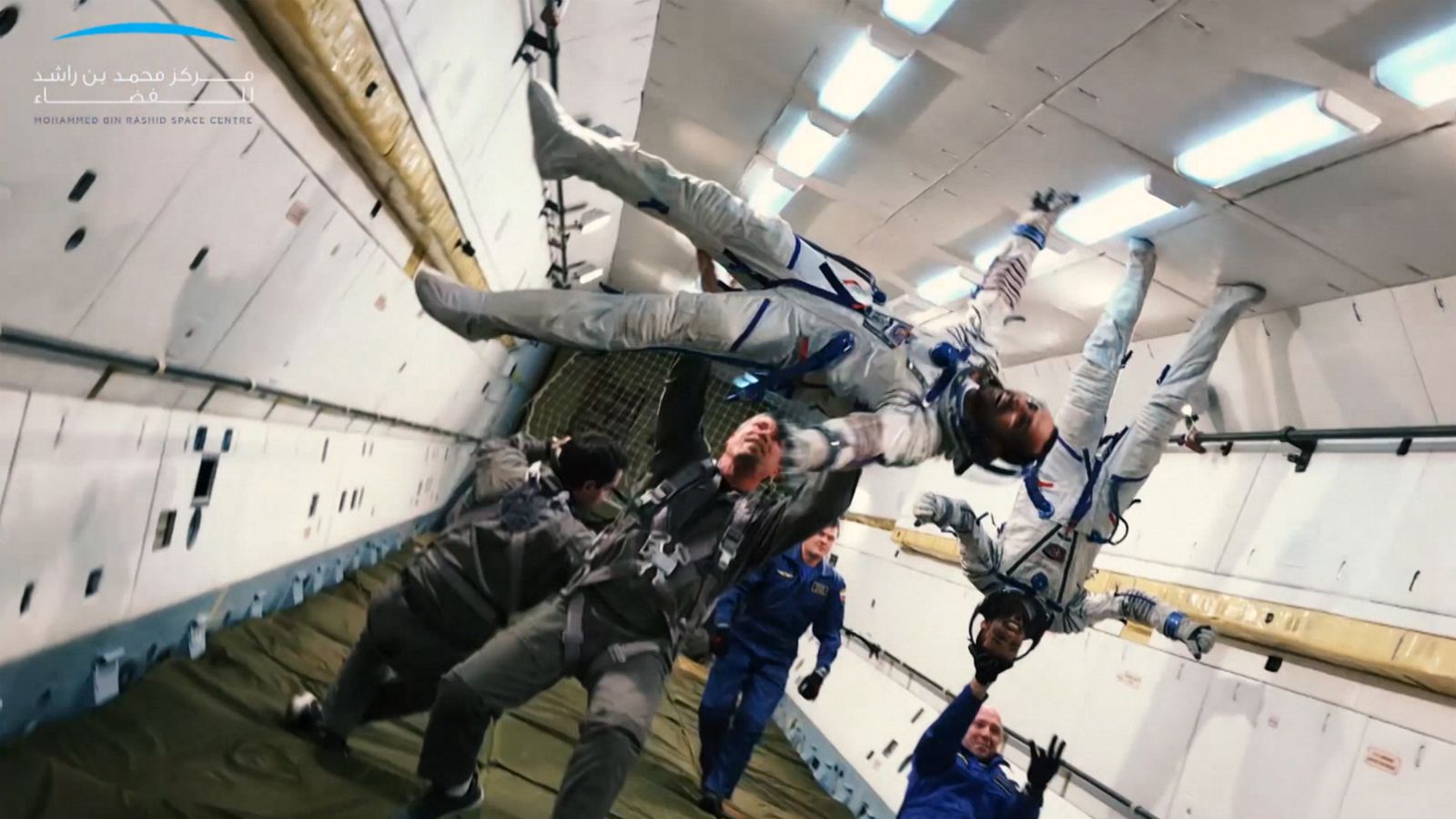 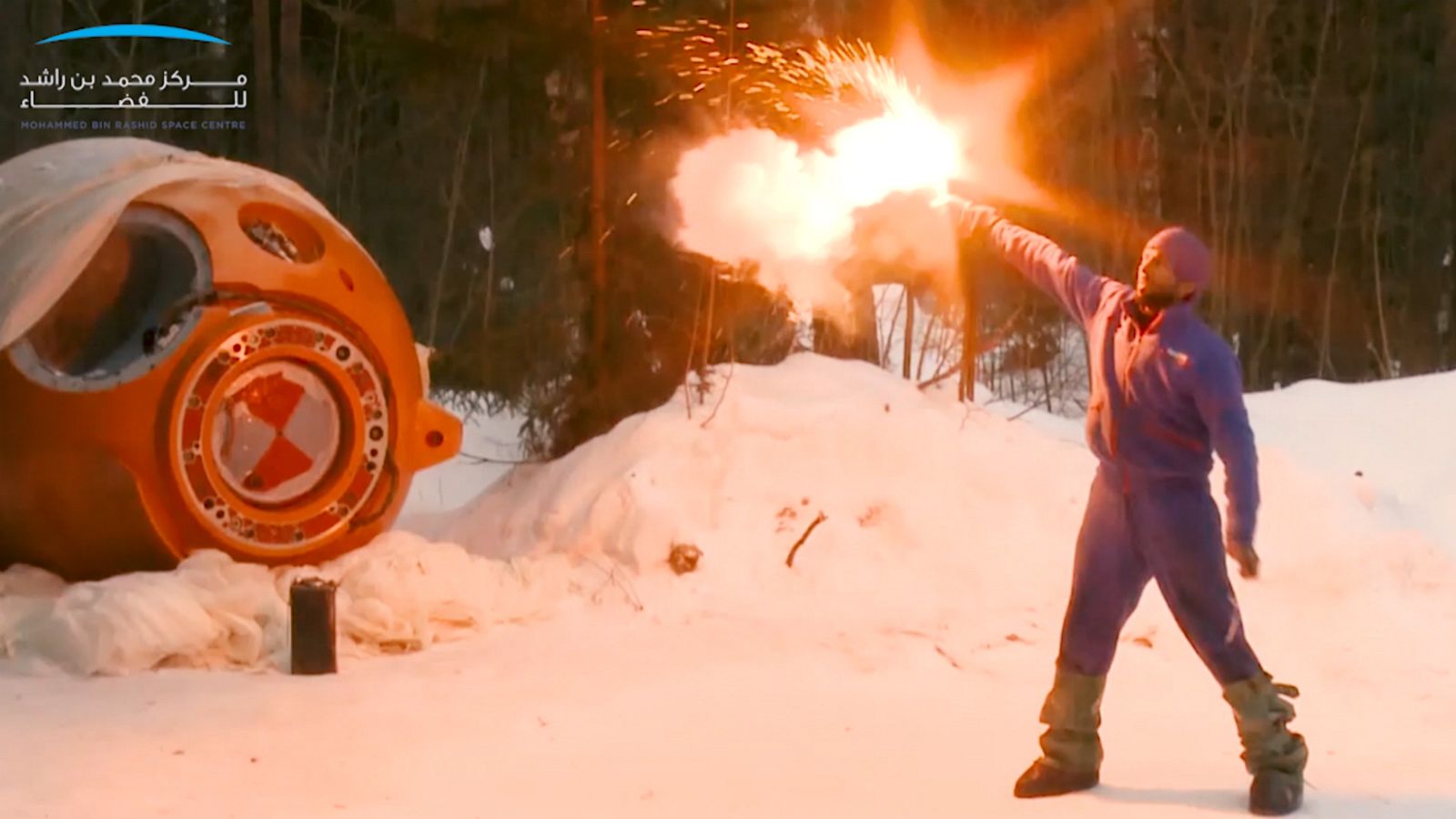 Soyuz, a Russian spacecraft, requires all astronauts to learn Russian before boarding – and the Emirati candidates were no exception.

“The checklist, the procedures we will conduct, all the buttons are in Russian and your life is at stake, so you have to know it,” said Al Mansoori.

As to what he’ll be bringing with him to space, Al Mansoori has his mind set: traditional Arabic food.

“It’s a bread and we make it on the fire, it’s really delicious,” he says with a chuckle. “My mother does it in a different way, so I’ll make sure she prepares it for me.”

Saud from the UAE posted this photo of baby Suhaila dressed as an astronaut, saying that guiding young minds in the world was key to a bright future.

And Iraqi engineer Diana, who hopes to inspire Arab youth to strive in STEM fields, took to the controls of a model space crew vehicle.